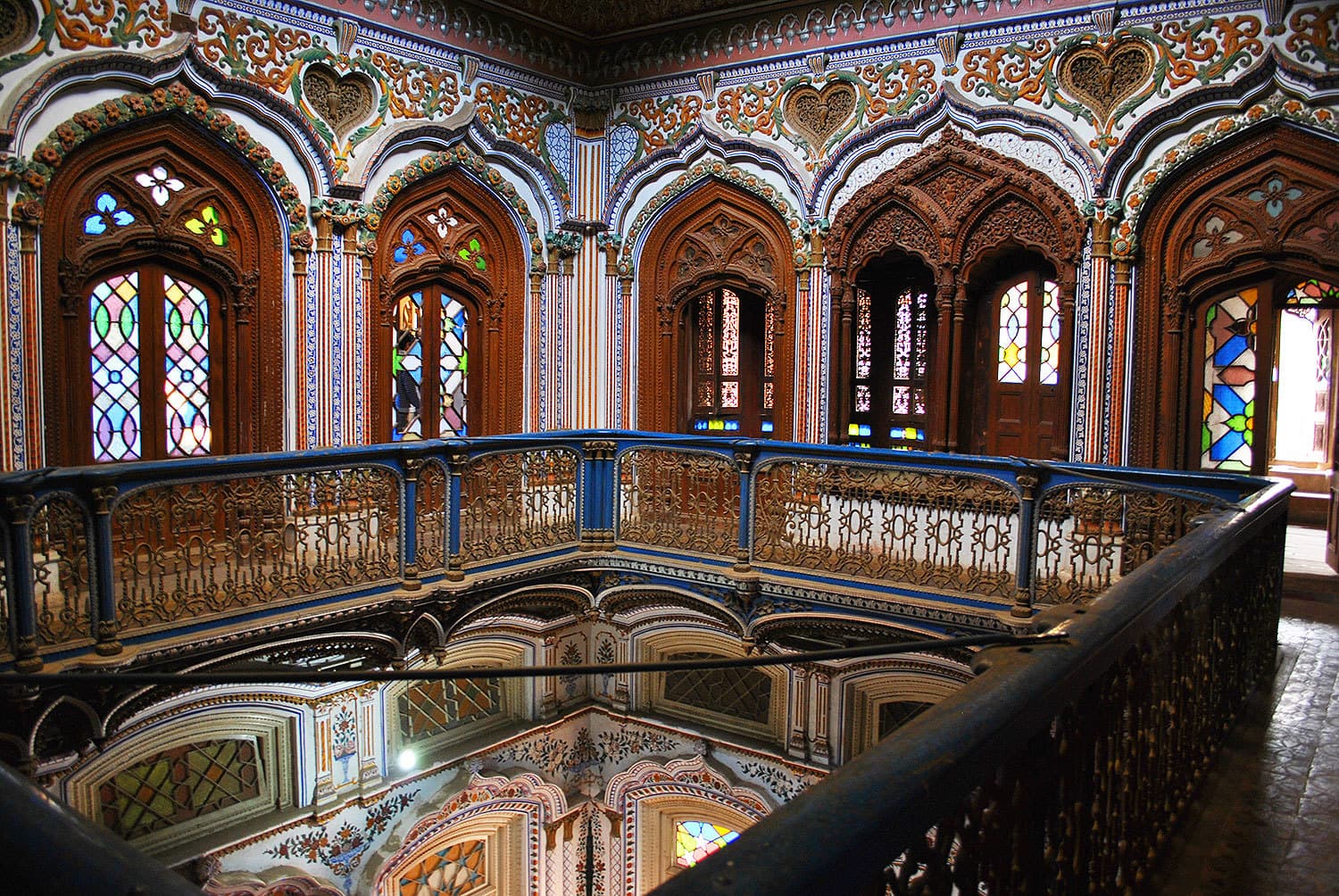 A few days ago I went to Chiniot, the land of history, the hub of furniture and very famous for its sweets as well. It was a bright sunny day I and my family decided to eat lunch at 1o’clock at a local restaurant and we were served with the famous food of Chiniot “Kunna” (thick chicken gravy). It was delicious and we were very delighted with the restaurant’s crew hospitality.

Moving towards the narrow but fully rushed streets of Chiniot I found many interesting things and captured them all in my phone’s camera one by one. A welder mending a bed of four legs (Charpai) wearing glasses asked me to snap him while he works. A furniture maker offered us a tea when I snapped him, a guava seller, a sweet seller, and some other shop keepers were presenting their good attitude towards us. They were happy to have guests.

In a meanwhile, spontaneously we decided to visit “Umar Hayat Mahal” (The palace of Umar Hayat) which is a long history itself located at “Ghara Mohalla” in Chiniot. Once in a blue moon, my mother told me about its beauty, significance in the city and its horror view that could be easily seen by my mother’s old home which was located near to it in “Ansari Mohalla”. I always wanted to visit mysterious places and desired to raise the curtain from their hidden uniqueness. That day I was lucky enough to show my eagerness towards the “Mahal” (palace) and I did. 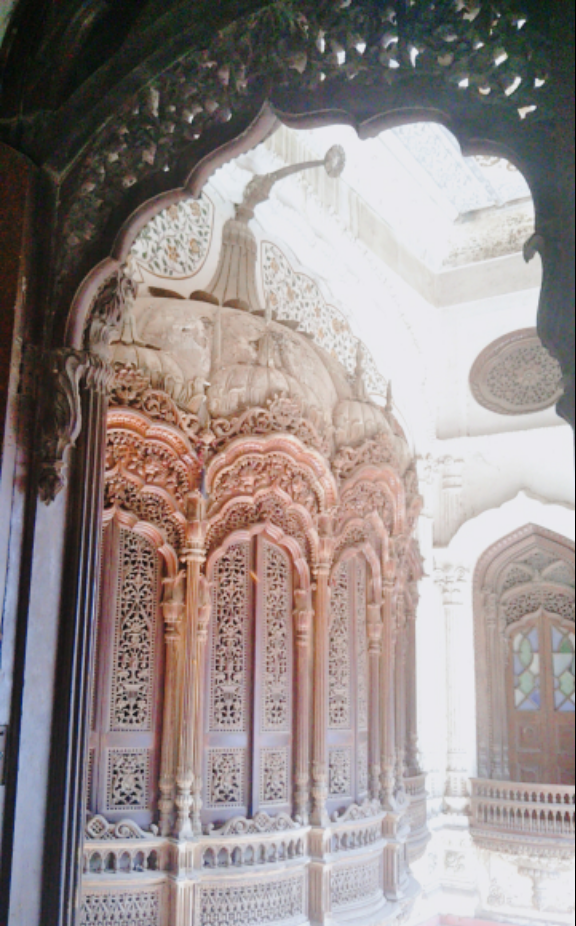 I and my family entered through the entrance walking on the path towards the main gate. There were small and rough garden areas on both sides. Now we were standing in front of the locked door of the building of the palace and not a single person was there a few minutes were left in its opening for people to visit it. But suddenly I found a half-opened door on my right side and a man of about 35 years old was lying on a sofa inside that room wearing white Shalwar Kameez. I knocked on the door, went inside and introduced ourselves with him and he (Mushtaq shb) welcomed us with a warm manner. He stood up, picked keys and opened the door that was inside his room. We were very happy with his pleasing attitude and that was the moment we entered the “Mahal” for the first time.

“The palace made the new bride, the widow within one night”

A fine hall along with at least three double doors on each wall of ground floor fascinating the pure art of woods and colorful glasses on it. Every wall is a fine piece of art and culture itself and also exploring the heritage of Mughal era with patterns, designs, material and architecture that had been used in its making. He told us about the Umar Hayat, “who returned from Kolkata, India in 1921 where he was a businessman and built this palace with the time duration of about 9 years till 1930. The palace has always been a historical place since its creation. But unfortunately he could not live in the palace for more than 5 years and in 1935 he died and was buried in a nearer graveyard in Chiniot”. Now we were going upstairs and listening to him eagerly. “Three years ago, his son Gulzar got married but bad luck had become a tail of this family and on very next day of his marriage, Gulzar had passed away. “The palace made the new bride, the widow within one night”. It was the freezing moment for all of us that what was going with them. 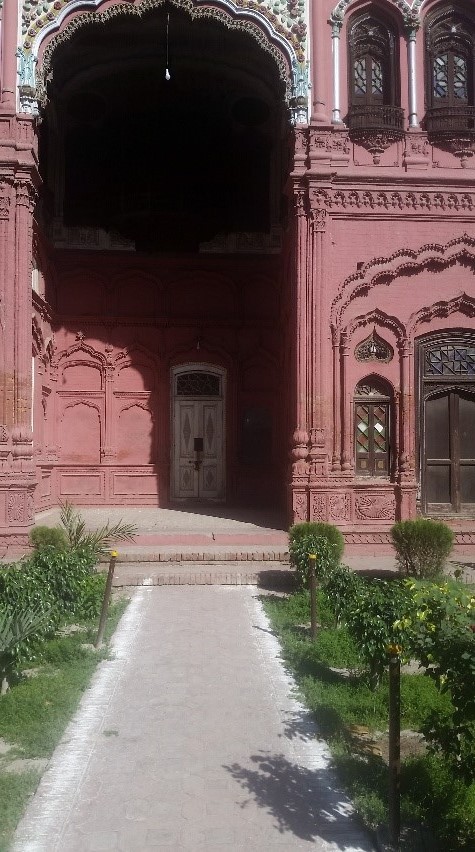 “Umar Hayat’s wife said: “If we couldn’t live in this palace in our lives but after death, we shall be here.” Gulzar was buried in the center of the hall of a palace on his mother’s will. The new bride left the palace leaving many folk tales behind her. The palace was called “Manhoos Mahal” (Jinxed Palace) by the locals. Hayat’s wife Fatima used to live alone with the grave of his son in the palace. It had become a place of horror and fear. No one would like to visit Fatima and many people avoid talking to her. Some good friends had feelings for her and somehow they used to share her sorrow with their selves. Time had passed hardly and only a year ago, Fatima had also passed away and was buried next to her son’s grave on her died testate in the palace”. Ah! Seriously, if bad luck would have a face.

“The family was over with the palace within 9 years. But the story was not ended here. The palace turned to an orphanage and some people from the “Machi” community made the palace their residency for about few decades. Then in 1991 District Govt. took over the responsibility of the palace and opened it for people to visit in as well as named it “Umar Hayat Library”. Also, it has now been serving as a library and a visiting place at the same time since 1991”. 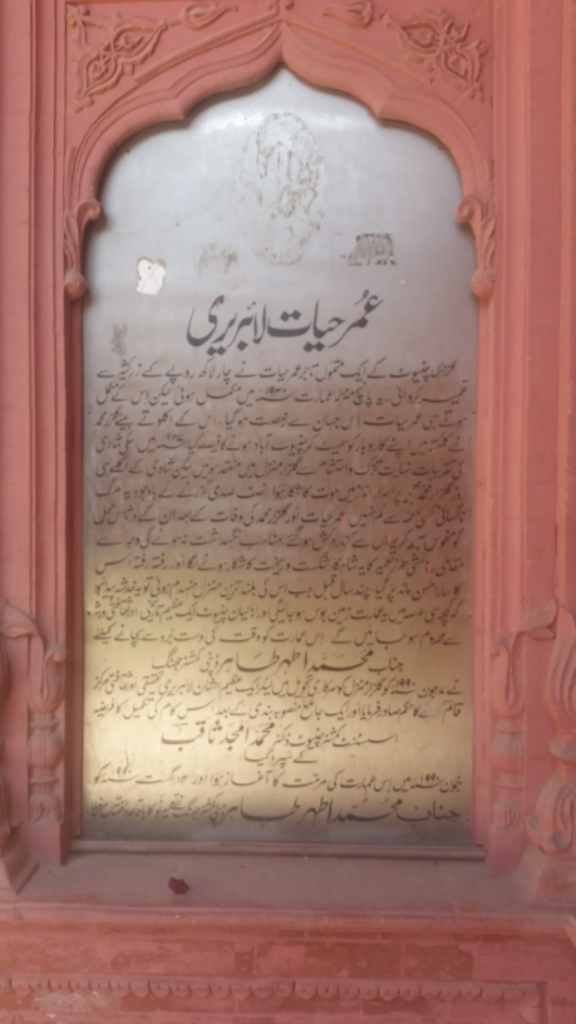 A three stories tall building holding a wonderful heritage of interior designing and architecture of past generations. The wooden stairs with American style and heart-shaped woods on the second story’s walls and eye shaped ventilators ultimately appealing the tourist’s interest very much. An open flower shaped  (Jharoka) terrace and its attractive delicate structure completely made by wood, still showing its worth in today’s time. Each roof was designed with a different pattern of beauty and also exploring many different dimensions of art and culture.

The palace is the biggest contribution of artists and designers of ancient time and a huge deal with the research scope in the tourism department. I wish it will remain open for people always.