The Tourism Beauty of Pakistan 2019 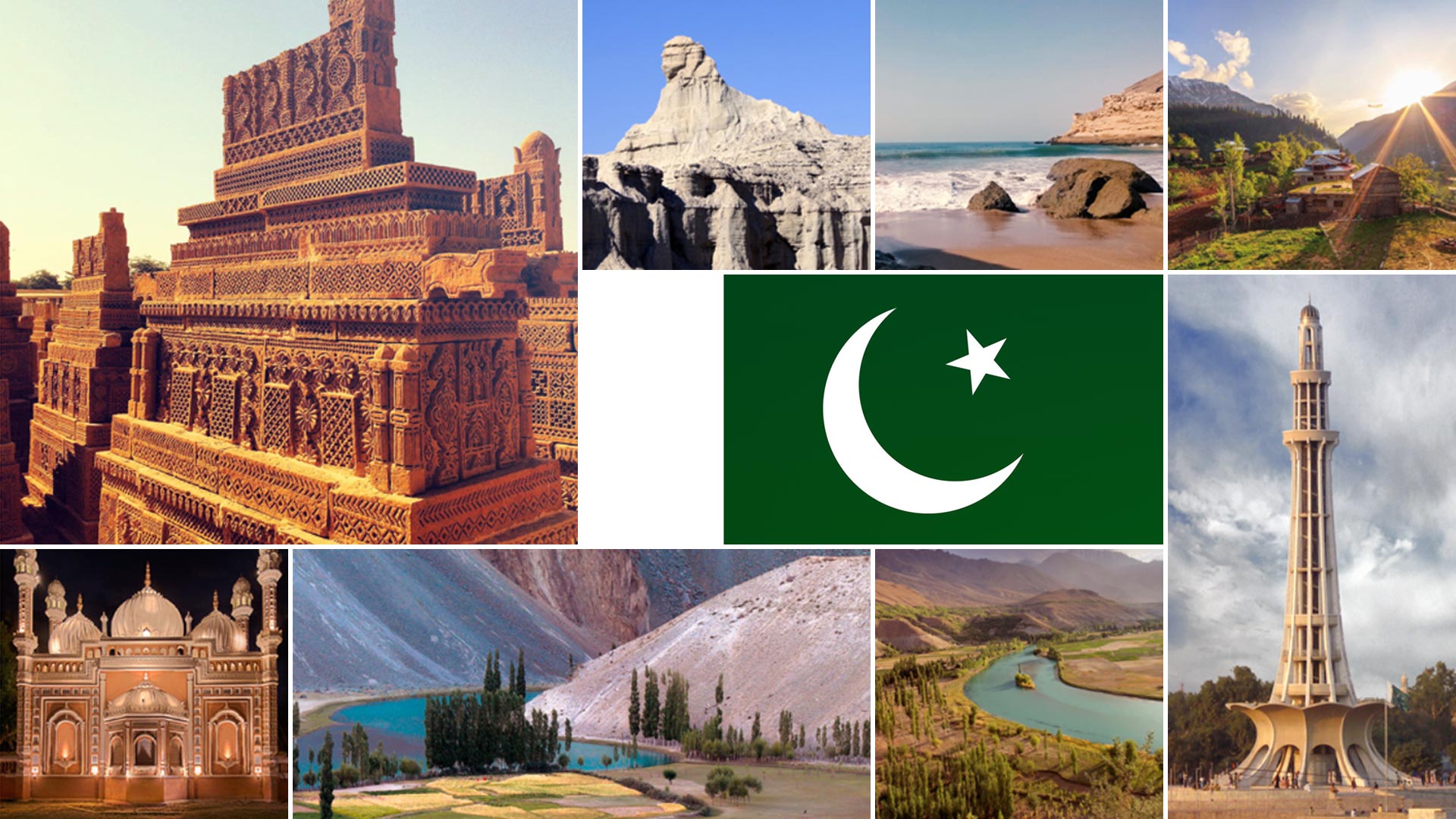 Pakistan is situated in the west of India and china while Iran and Afghanistan share their border with Pakistan on western side although a very peaceful and very friendly state.The magnificent views of the hills the green planes, vibrant deserts and the mighty Indus River are only a few things this nation was blessed with.

The earliest history of the world. When we consider the civilizations such as Egypt, Mesopotamia and many others our Indus cultures seems way too far developed and well-intended.

Is a country rewarded with abundant historic tradition, diverse culture, higher experience, and unmatched all-natural beauty.Pakistan is filled with mountains, rivers, deserts, lakes, historic areas, etc.From the Karakorum’s from the north into the Indus River from the south, remains the high land of character and adventures.

Pakistan being a tourist country is because of the multiple attractions in the nation. The varied culture, customs, historical areas, beautiful valleys are all factors behind Pakistan being a beautiful tourist place. There are historic places such as Mohenjo-Daro, Harappa, Taxila, which draw archeologists from all over the world to come and visit the wonderful historical civilizations which are a part of Pakistan.

Other than that the valleys of Pakistan have been in a position to attract tourists for a long time period. There are valleys such as Swat, Hunza, Naran, Kaghan and attractive hills like Murree, Nathia Gali, Changa Gali etc.

God blessed Pakistan with great physical sources and charm. Its beautiful valleys covered with mountains and green plains. Crystal blue water flows between the mountains. It is a land of mighty mountains murmuring and gurgling rivers, sparkling springs, deep and dense forest, lush green fields and meadows and rugged high lands and parches low lands. For the lovers of nature, Pakistan Northern areas are the best place to visit.

The land of the Indus River, which flows through the Nation to Get 1,600 miles; from the Himalayan Mountains to the Arabian Sea. It is a land of snow covered peaks and burning deserts, of fertile mountain valleys and irrigated plains. Created in 1947 as a homeland for the Muslims of the Indian subcontinent, Pakistan is occupied by a 200 million people speaking over 20 distinct, each with their own special civilization, yet all united by the Islamic religion.

The Land of the Pure’ (English translation of the phrase”Pakistan”) is placed on the crossroads of Asia, in which the silk roads from China to the Mediterranean match the paths from India and Central Asia. For centuries this intersection was a melting pot of varied cultures, bringing traders and adventurers, pilgrims and holy men, helping create a deep and ancient cultural foundation.

Pakistan was ranked 121 out of 140 countries on the Travel and Tourism Competitive Index 2019 released by the World Economic Forum on Thursday.

Tourism in Pakistan by Province

The land of high mountains and beautiful valleys. This was just recently formed before it was a centrally administered region known as the Northern Areas.

The Pakhtoon Khwah is the land of Pakhtoon or Pathans as called by the English. This is the north western state of Pakistan. The folks in this state live in a rigorous tribal system. Recently this province has been hit by the problems of Taliban.

Tourism Development Corporation of Punjab literally means the territory of 5 rivers. As a result of its rivers it’s by far the most fertile and most populated state of Pakistan. People today talk Punjabi here and also have lots of vibrant customs. Many of Pakistanis external Pakistan come in this state.

Sindh Province is at the south east. Karachi the southernmost metropolis is the capital of the Sindh province. Sindh is also attributed to the Indus River and is also abode of the Indus civilization. Moen Jo Daro can be located in this province. Most of the people in Sindh Speak Sindhi language.

People used to say that the risk to travel Pakistan were over-hyped by the media, however recent years have seen a marked upsurge in political and sectarian violence. Most foreign governments currently advise against all travel, or virtually essential travel, to giant areas of the country, and in several places, foreign visitors are needed to travel with an associate armed escort.

Nevertheless, those who do visit discover a country with contradictions, wherever preparation tensions exist with outstanding friendliness and hospitality set against an Arabian Nights backdrop of desert forts, sultans and djinns.

In 2019, Pakistan improved the access to travel visas at an attempt to improve tourism. The new program grants visas on arrival to travelers from 50 nations, including the USA. Citizens of the other 175 countries are able to apply for visa online. Formerly, visas might only be acquired from Pakistani embassies overseas.

Without doubt, global traveler arrivals, and receipts have improved within the past couple of years with progress in law and order. Nevertheless, the company trade continues to lag far behind other countries within the area. Within a very position of 140 nations, Pakistan arrived at 121 this season, 3 notches up in the prior position of 124 at 2018. The report will admit that Pakistan is that the”most advanced country concerning human resources and labour market”, nevertheless, insists that it needs”substantial improvements in validity to move up in position and from the lowest quartile”. The booming tourism sector may have a significant effect on a nation’s economic advancement. Tourism has become a substantial source of foreign exchange earnings for developing nations like Egypt and Thailand motivated them to make their savings.

Pakistan Tourism Development Corporation (PTDC) is the tourism system of ministry of tourism authorities of Pakistan. Pakistan provides a number of places for the tourists to see and research. Fortunately Pakistan is one of those states that are blessed with nude expanses of desserts, snow capped mountains, and attractiveness of luscious green valleys and bare Rocky Mountains with enormous regions of bare land, bright beaches and mysterious caverns.