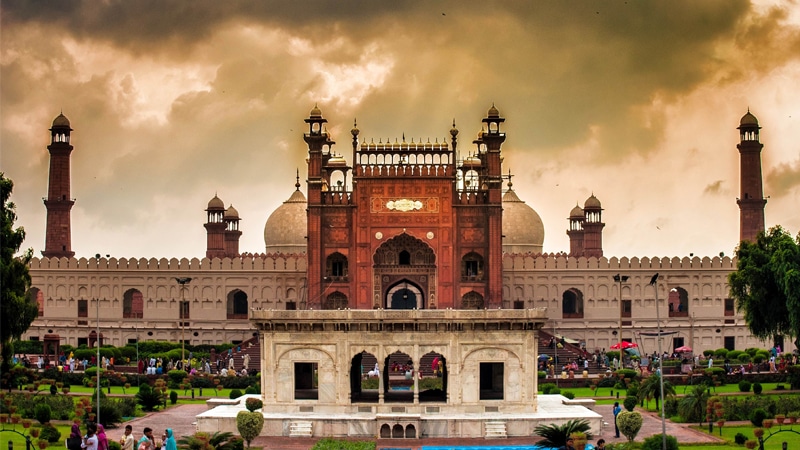 Pakistan is a country in which you would find a variety of historical places that signify the unique traditions and culture of the country. These places are of extraordinary significance for people interested in history, at the same time they may act as an attraction for tourists. The tourism industry of Pakistan flourishes because of the existence of beautiful historical sites in the country. Pakistan is a region full of its cultural history and diversity. There are many historical places in Pakistan reserved to be experienced by everyone. In fact, we are home to a good number of United Nations World Heritage sites. These sites are protected by the UN Educational, Scientific and Cultural Organization (UNESCO). And they are places that you must travel to.

Here’s a list of historical places in Pakistan that deserve to be on your travel itinerary.

Sheikhupura, on the outskirts of Lahore, derived its name from a nickname for Prince Jahangir. It was one of Jahangir’s princely dominions during his father Akbar’s reign. Just north of Sheikhupura town lies a hunting complex is known as the Hiran Minar.

Hunting grounds were an important part of the physical environment of Mughal emperors, and the Hiran Minar is one of the best known and most beautiful of such sites. Its structures consist of a large, almost-square water tank with an octagonal pavilion in its center, built during the reign of Shah Jahan, a causeway with its own gateway connects the pavilion with the mainland and a 100-foot-high Minar, or minaret. At the center of each side of the tank, a brick ramp slopes down to the water, providing access for royal animals and wild game. The Minar itself was built by Emperor Jahangir in 1606 to honor the memory of a pet hunting antelope named Mansraj.

Everyone knows about the Taj Mahal, a masterpiece of Muslim art that was built by the Mughal Emperor in Agra one year after the death of his beloved wife Noor Jahan. In the same tradition, fourth Nawab of Bahawalpur, Nawab Sadiq Muhammad, also built a palace in Bahawalpur State for his queen. The name of the palace was also attributed to Nawab’s beloved queen’s name.

Construction of Noor Mahal started in 1872 and was completed in 1875 after three years at a high cost of RS 1.2 million. The architectural drawing was made by Hannan based upon Italian design. Noor Mahal comprises an area of 44600 square feet. Noor Mahal was built with extreme care and hard work as a token of love by the Nawab. His wife only spends the night in the palace due to the proximity of Basti Maluk Shah Graveyard. 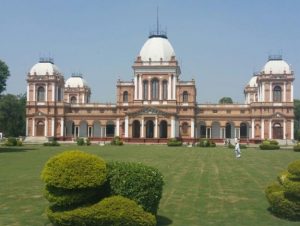 Many of us despite spending our entire lives here in Lahore have no clue where the Wazir Khan Mosque is located despite it being considered the real jewel of Lahore. I must say that Lahore’s beauty and splendor are incomplete without this majestic piece of architecture.

Among the architectural monuments of Lahore, the Wazir Khan Mosque has a very significant position. The dominating features of this mosque are the fresco, vibrant colors and calligraphy. Once you enter the mosque you will feel yourself in a world filled with color, peace, tranquility, and serenity that will appease your mind and soul. This is a unique monument that not only reflects the spirit and talent of the Mughal builders but also of the artisans, who remained anonymous but they contributed in tile making, design, and wall painting to visit the mosque not only a spiritual but also an aesthetic experience. This place of worship was built by Shaikh Ilm-ud-din Ansari, the viceroy of Punjab under Shah Jahan in 1634. It was built over seven years. 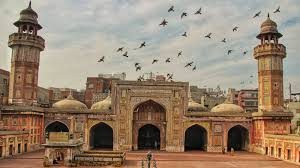 Mohenjo-Daro was discovered in 1922 and is one of the oldest and most built-up urban civilizations of the world. It is located on the west bank of the Indus River and it is a tiny proportion of the Indus river civilization of Harappa. Experts believe that the city was one of the most important in the Indus Valley Civilization and would have held the majority of the trade courses and strength of the Southern Indus Plain between 2600 and 1900 BCE. One might find it difficult to find any palaces or monuments in the area but the city is well known for having historical pieces of gold beads, lapis, carnelian, and ivory. All the houses in the city had areas for bathing and water wells were located in multiple spots all across the city. It had the most amazing drainage system and many of the modern-day civilizations use the model of Mohenjo-Daro’s drainage system to build new ones. Mohenjo-Daro is an archeological site. These remnants of the world’s oldest civilization have been classified by UNESCO as a protected heritage site. 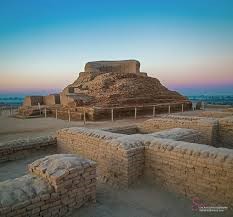 Minar-e-Pakistan, also translated as ‘Tower of Pakistan’ and ‘Minaret of Pakistan’ was built to commemorate Pakistan Resolution (Lahore Resolution), which was adopted during the All India Muslim League session of 22-24 March 1940, held at the Minto Park (now renamed as the Greater Iqbal Park). Minar-e-Pakistan also called for some time Yadgar-e-Pakistan (Pakistan Resolution Memorial). The unfolding flower-petals represent happiness and abundance besides symbolizing wealth, fortune and prosperity which the independent state of Pakistan promised to its inhabitants. The flowers also show purity, and the literal meaning of the word ‘Pakistan’ is the ‘Land of the Pure’. The monument of Minar-e- Pakistan represents the struggle for freedom and their countless sacrifices. It also glorifies Islam and accepts the sovereignty of Allah. 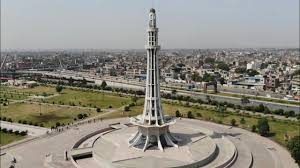 The tomb of Jahangir is a 17th-century mausoleum built for the Mughal Emperor Jahangir. The mausoleum dates from 1637 and is located in Shahdara Bagh in Lahore, Punjab, Pakistan, along the banks of the Ravi River. The site is famous for its interiors that are extensively embellished with frescoes and marble. The tomb of Jahangir located in Shahdara, suburban Lahore. Jahangir’s son Shah Jahan had his mausoleum built along the bank of river Ravi. Though contemporary historians attribute the construction of the tomb to Jahangir’s son Shah Jahan, the tomb may have been the result of Noor Jahan’s vision. Taking inspiration from her father’s burial place, she is said to have designed the mausoleum in 1627, and possibly helped fund it. Construction started in 1627, requiring ten years for completion, and cost Rs 10 lakh. 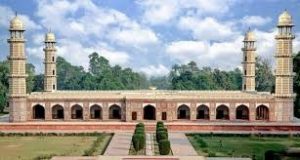 The meaning of the word ‘Shalimar’ remains a mystery, but it is probably of Arabic or Persian origin. The Shalimar Gardens, a Mughal garden complex, are located near Baghbanpura in Lahore. Its construction began in 1641 AD and was completed the following year in the era of Mughal emperor Shah Jahan. The project management was carried out under the superintendence of Khalilullah Khan, a noble of Shah Jahan’s court, in cooperation with Ali Mardan Khan and Mulla Alaul Maulk Tuni. It is one of the greatest gardens in the world, representing the Islamic concept of Paradise. The site was inscribed on the World Heritage List, along with Lahore Fort in 1981. It is a UNESCO protected world heritage site. The Mughal conferred ownership of the complex to the Arian Mian family for their services. General Ayub Khan nationalized in 1962. 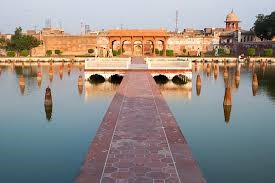 Rohtas Fort, built in the 16th century at a strategic site in the north of Pakistan, Province of Punjab, is an exceptional example of early Muslim military architecture in central and south Asia. The main fortifications of this 70-hectare garrison consist of massive masonry walls more than four kilometers in circumference, lined with 68 bastions and pierced at strategic points by 12 monumental gateways. A blend of architectural and artistic traditions from elsewhere in the Islamic world, the fort had a profound influence on the development of architectural style in the Mughal Empire. This UNESCO protected world heritage site was built by Afghan king Fired khan, also known as a Sher Shah Suri in the 16th century. The afghan Persian architectural layout of the fort took eight years to build.

The site was inscribed in 1981 on the World Heritage List, Criteria III, and was listed at serial number 4 as Historical Monuments of Thatta. The site is located on the outskirts of the historic town of Thatta.

The period that they represent span from 14th century to 17th century, accommodating tombs of Sufi saints and princes and kings to ordinary mortals. The remains are of particular significance as a depository of remarkable monuments presenting different periods of Sindh history. This is the world’s largest funeral site. 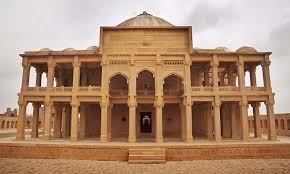 Taxila is another place that holds much significance when talking about the historical places of Pakistan. It is located 30 km northwest of the Rawalpindi city and it is considered to be one of the most significant historical locations in Asia. The city is known for prospering culturally and economically from the 1st to 5th century AD. The city comprises of a variety of buildings, settlements, and castles. It also used to be the capital of the Buddhist Kingdom so tourists might come across multiple Buddha monuments in the city. The historical significance of various sites of Pakistan is the country’s unique selling point when it comes to the tourism industry. With a country marred by terrorist attacks finds it difficult to attract tourists, these sites act as a pulling force for archeologists who are willing to risk their lives to view the most extraordinary sites in the world. 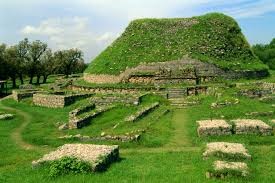