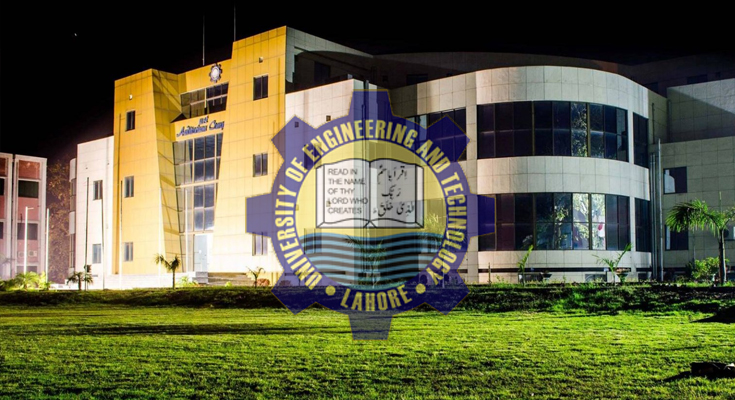 When we think of engineering Universities, the name “UET” holds a very prominent position in our minds. University of Engineering and Technology (UET) is one of the most prestigious universities of Pakistan and has produced many fine engineers and professionals who are playing their part in changing the dynamics of the world.

UET is a public university located in the heart of Pakistan, Lahore and links to 23 research centers with its sub-campuses and constituent colleges in other cities including Rachna College of Engineering and Technology in Gujranwala, UET Faisalabad campus, UET Kala Shah Kaku campus, and UET Narowal campus. UET specializes in science, technology, engineering, and mathematics (STEM) subjects.

UET was established in 1921 as Maclagan Engineering College, it was named after Edward Douglas MacLagan. In 1932, the school became an affiliated college of the University of Punjab and started offering undergraduate degrees in engineering.

It established a second campus in 1975 in Taxila, which became an independent university in 1993.

It has a strong association with the University of South Carolina, University of Manchester and the Queen Mary University of London and has steered research funded by Huawei, Cavium Networks, Microsoft and MontaVista.

UET stands tall and proud as one of the universities with the highest rankings in Pakistan. According to a domestic ranking, UET secures the position of 5th best engineering university of Pakistan. QS World ranking has placed UET as the 701st best university in the world between the year 2013 and 2016, it has ranked as 701st in the same publication in 2018 as well while in the content of Asia, UET has been ranked at number 200.

Facilities for students consist of the National Library of Engineering Sciences, it is the biggest library of its kind in the entire country and comprises of more than 1, 00,000 books, 25,000 journals, 5,000 theses, and 1,500 CDs.

UET has a number of societies as well along with the number of facilities for indoor and outdoor sports, including an Olympic-sized swimming pool, tennis and squash courts, a gymnasium and a stadium.

UET is indeed one of the most notable, prominent and extraordinary names in the educational sector of Pakistan. This is the reason we have added UET among SocioOn’s list of “Top 100 Universities in Pakistan”