Top 10 Richest Men in the World 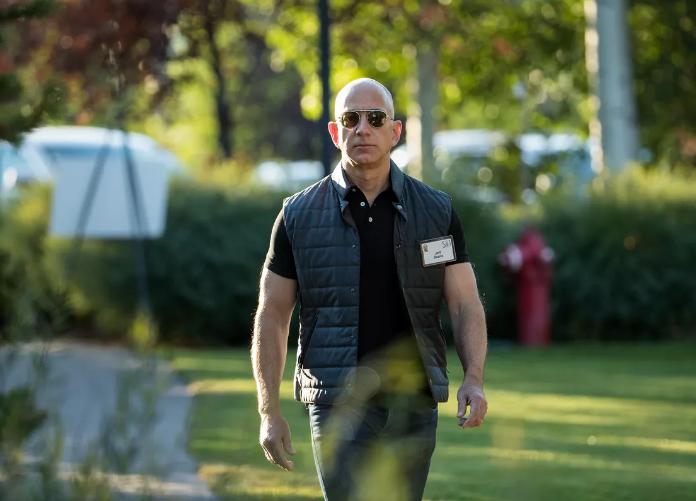 Top 10 Richest Men in the World

The world continues to grow and the entrepreneurs around the world keep minting fortunes after fortunes. The top 10 richest men in the world have more combined wealth than the poorest 4 billion people. As you are reading through this you may already have many names popping in your head about who these billionaires are and a lot of people are interested to know what exactly is their net worth but the biggest question of all is how exactly did they manage to accumulate this staggering amount of wealth and what is common among these top 10 richest of the rich.

The world’s richest man has a net worth of about $150 Billion! Yes you heard it right $150 Billion as of July 2018, we will get to the world’s richest man later but here is another amazing thing about these billionaires, many of them are philanthropists and humanitarians. Many of the top richest persons donate a large sum of their money to charity and some of them have even vowed to give away more than half of their fortune for charity purposes.

Here is the list of top 10 richest men of the world. Larry Ellison is the co-founder of Oracle Corporation. He is an American businessman and philanthropist. After the development of Oracle, it became a database vendor to mid and small level organizations and its popularity and success skyrocketed which landed Larry to the position of number 10 in our list of top 10 richest men of the world. Larry also owns two military jets! David Koch is the president and co-owner of Koch Industries along with his brother Charles Koch. Koch Industry is one of the largest American privately held industry. Koch is also a political activist and very active in charity and donations. His generosity, business skills and political spirit have made him a triple threat in the business world and hence landed him on number 9 position. Charles Koch is the chairman and CEO of Koch Industries. Both Charles and David Koch are on top of their game and have expanded their business to many domains with their leadership and business tactical skills. Both the brothers are unrivaled in the industry and their brotherly bond makes their position even stronger and of course rich. Carlos is a Mexican businessman and he is considered as the richest man in entire Mexico. He and his family own the biggest mobile telecommunication network in Mexico. Carlo’s net worth is about 6 percent of Mexico’s GDP, talk about being rich! Amancio is the Spanish born billionaire and he is the founder of Inditex fashion. With its most famous chain of Zara clothing and accessories shops all around the world. The global fame and success of Zara have made Amancio the second richest man in entire Europe and the wealthiest retailer in the world.

Who doesn’t know about Mark Zuckerberg? The co-founder, Chairman and Chief Executive Officer at Facebook. Mark is a Harvard dropout and he made Facebook from his dorms at Harvard on 4th February 2004. Facebook was initially launched to be operated in campus but it spread over to the entire world in a matter of months with more than 1.34 Billion users as of 2018! Mark has pledged to give away 99% of their fortune in their lifetime. Bill gates lie at number 2 on our list of top 10 richest men of the world, a shocker right? Bill Gates is the principal founder of Microsoft Corporation. Gates had the maximum number of shares in Microsoft till 2014, but now he owns only about 1% of the total Microsoft shares, he has either sold or given away the shares but he remains as a board member of Microsoft. Bill Gates and his wife Melinda have founded the Bill and Melinda Gates Foundation that is the world’s largest private charitable foundation. Way to go, Bill! Coming at number 1 on the list of top 10 richest men of the world is Jeff Bezos, the richest man in the modern world ladies and gentlemen! Jeff is an American born entrepreneur and the founder, chairman, and CEO of Amazon, the world’s largest online retail store that he founded in a garage in Seattle in 1994. Jeff is the first person to have a net worth of more than a $100 Billion and it doesn’t end at Amazon only, Jeff is very interested in space travel, he founded another company by the name of Blue Origin that is making a rocket that passengers will use to travel. He is the richest man in the world and he knows how to use his money!

Was our list of richest men in the world the same as what you were expecting? Did you expect someone else as well? Let us know in the comments down below.