New Pakistan –  New Hope, Can I also dream to see my homeland prosper?

New Pakistan –  New Hope, Can I also dream to see my homeland prosper?

Imran Khan and Pakistan Tehreek Insaaf are already done with honeymoon period in Government New Pakistan. Currently, the situation is getting worse confounded with every passing day because of continual increase of loans, debts we have already taken from World Bank and IMF and now a new era of Deals with UAE- SAUDIA which will result in further pressure from them for the increase in tax net or policies favoring their interest.

In a normal world, for a layman, all the fancy talks of loans and GDP is not a matter of interest, none of this matters for them. All they care about is better living facilities and hustle free access to basic human needs along with job opportunities and good governance especially the attitude of Gov officials specifically Police department for starters.

One thing Imran Khan is lucky about is that our security forces tackled the huge issue of terrorism adroitly because of which He can now focus on our internal issues without getting worried about maintaining peace and order in the country along with our borders.

In my humble opinion, I’d suggest, He should first deal with the biggest evil we face on everyday basis i.e corruption. It happens in every department be it Gov or private more rampant in Gov offices. So much so, that it is not even considered as something wrong anymore.

It’s more like something legal, be it in the name of money or small rewards or tokens of appreciation. This ailment is literally eating out the whole fiber of our society and it needs to be dealt with an iron fist on each level. Starting with Police, local Gov, Hospitals, WAPDA & Sui-Gas, judiciary, and Airport securities.

We are clearly mistaken if we think we can do anything unless these big fishes working as a mafia are controlled. Only this can guarantee relief to hundreds and thousands of citizens as well as will help in bringing transparency in our core values which will, as a result, improve our standard of life. Immediate transfer and appointment of the honest head of sections shall be done to closely monitor all such white collar crimes efficiently and effectively.

Corruption is an endemic disease which eats up the justice from society and halts all the development and trust of people in their Gov. Our biggest hurdle in the race of becoming a respectful or successful country in the world is none other than corruption which sadly runs in the blood on our society. 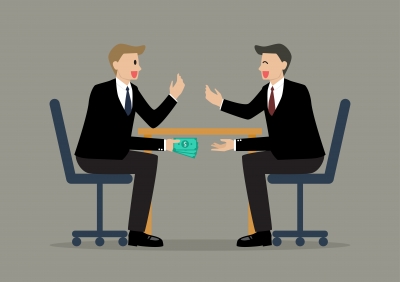 The instant measure is needed to fight it. Every section and every department of our Gov office is deeply affected by this crime. Not a single office is adding any revenue to our system but is leeching us. Unnecessary political hiring is one another reason behind the lack of revenue in our budget.

An urgent policy needed to be implemented for the overhauling of PIA, Railways, Pakistan Post Office, WAPDA, PTV, Radio Pakistan and Pakistan Steel Mills which should count against the unnecessary losses and should bring them back. All of these departments should actually generate a huge chunk for our economy but sadly, it’s the opposite of it.

Ex- CJP Saqib Nisar did everything other than questioning his squad against pending cases in our courts for years. Judiciary is at the worst right now. People literally die to wait for their cases to open. 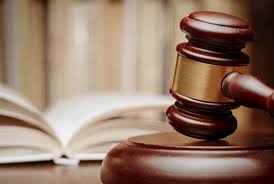 Imran Khan should personally meet Chief Justice in order to implement a policy against such horrific delays and should work on counter measurements to overcome this fiasco. Hurdles should be handled tactfully and intelligently to avoid any delays and irregularities by the very judicial staff.

We need to train our lawyers to fight against such delays. “Justice delayed is justice denied” is a legal maxim meaning that if legal redress is available for a party that has suffered some injury, but is not forthcoming in a timely fashion, it is effectively the same as having no redress at all. That is why people have lost faith in the judiciary.

Tackling it willfully will put people’s trust back in the judiciary and we need this. We need people to think and feel they can trust our very own departments to be it Judiciary or Police or any other. We definitely have to change the culture of police stations and its staff.

If you need to see the prosperity of the country just look at the structure of its Import & export policy.   It is the most vital area of our growth in Pakistan’s Future. 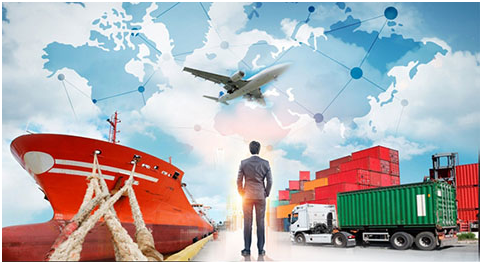 Each and every shipment coming or going out of port cannot pass by without a bribe and is shamelessly served to our customs officers and port officials which result in lynching our very own economy recklessly. Hundred thousand cases are reported by a businessman for such an evil deed.

Trade is the biggest business in the world which can earn a huge amount of legal money for government instead of such a corrupt officer malfunctioning the system and bringing shame in an Islamic country like Pakistan.

Appointment of honest and brave officers on the port and system are the need of the hour along with the shift of system from manual to online to avoid any long delays in case of bribe and corruption.

Business in Pakistan is like a dream for most of the people living inside or outside Pakistan. We all know that we cannot get the pass by any step unless we bribe almost everyone at almost every level in different ways that please them.

This results in not just the heaviness on his pocket but also on his heart because they end up losing interest in work as well as a country.

There should be proper assistance and support for any new business ideas and vendors. Let’s not forget that it not just add value to the businessmen but will also generate tax money for our country.

Free economic zones should be offered in Pakistan for rapid growth and investment. A city like Dubai has more than 30 economic free zones operating efficiently but here in Pakistan, we don’t have more than 8 free zones.

Small and medium businesses are not only healthy for our economy but they also provide a lot of job opportunities for local and improve social economic values of the city as well as a country.

Now, let’s talk about some micro-level developments. A district commissioner officer should appoint the municipal officers to check and update on day to day basis the primary issues of small cities like price control for food & public transport, encroachment, law and order, complaints handling, rehabilitation of parks and  leisure facilities, tax collection, Gov schools conditions and presence of teachers, toll plaza revenues, commercialization of local business by issuing of licenses and trade number and conditions of police stations along with traffic management. Each district office should evaluate the condition of his area and must update to the provincial assembly and as per those assessments, we can make our areas green, yellow and red on basis of our key performances indicators. Certain criteria should be set up for gradation of red zones to yellow and to green.

Failure of the most influential CM in the history of Pakistan

Shahbaz Sharif ruled Punjab for long. The reason behind it was mainly because he was strict with his rules. Whatever he wanted to do he would make it happen. People feared him.

They would do anything that needed to be done when they fear he would visit anytime but as soon as he would leave things will go back to old conditions.

This happened because he tried to handle it all by himself instead of investing in a team that’s honest and strong enough to work as a  team and bear good results even on his back.

IK should learn the way SS handled Punjab and should make it better by investing and emphasizing in teamwork instead of dictatorship which resulted fruitlessly. Good governance is the key to progress but with local government true implementation and effective monitoring.

My country, Pakistan has everything but lacks honest leadership. We need correct pathways for our future along with zero tolerance policy against corruption mafia.

From a landline to a manager, they all work only if they are fairly provided with token, tips, sweet gifts or money etc. There should be laws against those who give bribe as well as those who take it.

I know no miracle can happen in 1 or 2 years but we need to focus on what’s more important. Developing our system and then strengthening our indicators to make the system better in the coming years. We start with the idea, we work on it and implement and check in some time how they all end up after 1 year and then 2 years.

As far as I see, there is a lot of room for development with this approach. It focuses on roots because unless we set the roots we can’t expect a huge fruitful tree.

Only these changes within our country and our attitudes will help to develop a respectful and decent image of us in the rest of the world. Like Mohammad Ali Jinnah emphasized at the time of independence; Unity, faith, and discipline. This model I presented is no exception to that.