Top 10 Most Beautiful Monuments in the World 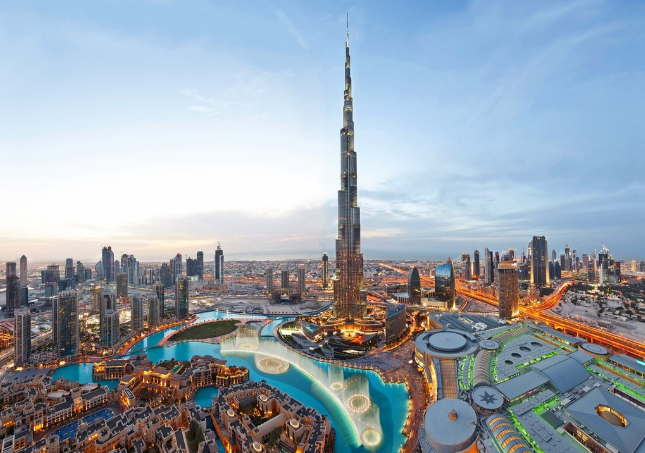 Beautiful Monuments in the World

What are the most beautiful monuments in the world? Surely one of the strongest symbols of Australia, the Sydney Opera House deserves its place in this top of the most beautiful monuments of the world. An architectural work inaugurated in 1973 by Denmark’s Jorn Utzon, the Sydney Opera House is a true world icon of architecture. Compared to a seashell by some and a sailboat for other, the opera is in the Sydney Harbor and sits in front of one of the most beautiful bays in the world. You can choose to tour the monument while enjoying the view, but you can also attend a guided tour to learn more about this building and observe it from the inside. It is in the mythical peninsula of Yucutan, Mexico that is the next monument to add to your bucket list.This is one of the Most Beautiful Monuments in world. The ruins of Tulum are a remnant of Mayan culture. Perched atop cliffs, facing the Caribbean Sea, this monument is one of the most mysterious Mayan ruins. You can visit this site which is open every day from 08:00 to 17:00, but I advise you to go there either early in the morning or late at night to avoid hordes of tourists. In order to preserve this magnificent historical site, you cannot go inside the Maya buildings, but the visit to the outside with the Caribbean Sea in the background definitely deserves a day! Let’s go for a trip to Japan. South of Kyoto is the Fushimi Inari Taisha Shrine, Japan’s largest Shinto shrine. Considered a real must of a trip to Kyoto, this monument dedicated to the deity Inari, god of cereals, was erected in 711. You have certainly already seen pictures of this monument with its 10,000 characteristic red tori.

To get to Fushimi Inari, simply take the JR Nara train and get off at Inari Station from Kyoto or take bus line 5. Once there, hike through the hills and forests of Kyoto. About 2 hours will allow you to discover this sanctuary and to soak up the magic of the place. The highest tower in the world deserves a place in this top 10 most beautiful monuments in the world. At a height of 828 meters, the Burj Khalifa sits in the middle of Dubai’s extravagant city, housing numerous offices, private residences, and hotel rooms. If you are in Dubai, you will have the choice between two observation platforms: the platform “At the Top” (between 32 and 50 €) located on the 124th floor and the platform “At the Top Sky” (between 90 and 130 €) located on the 148 th floor and which is the VIP version of the first. Once at the top, you will enjoy an incredible panorama of Dubai and its marina.

5. Statue of the Reclining Buddha – Thailand: Thailand is a country full of wonders, whether natural or magnificent temples. In Bangkok is Wat Pho, one of the oldest Buddhist temples in the capital, dating back to 1788. This is where the huge statue of the Reclining Buddha, measuring more than 45 meters long and 15 meters high, is located: a representation of Buddha on his deathbed, before joining nirvana. Although it attracts thousands of visitors every day, the Wat Pho temple is still a place of worship frequented by many monks. Last but not least, the Wat Pho temple is also the birthplace of traditional Thai massage and houses a massage school. So you can get a massage for half an hour, for a small fee, by the apprentice masseurs. At the same time South America’s largest but also the most beautiful bookstore, El Ateneo Grand Splendid is a magical place that you will find in Buenos Aires, Argentina. If this bookstore is part of this top of the world’s most beautiful monuments, it is visited by more than 3,000 people a day. Indeed, more than a million people come every year, discover this former 2000 m² theater, converted into a bookstore in 2000. In addition to buying a book, a DVD or a CD of Spanish music, you can have a coffee or a bite to eat in the coffee shop independent of the bookstore to enjoy the scenery and admire the beautiful frescoes on the walls.

A must-see in Krakow, Poland, Krakow’s market square, including the Basilica of St. Mary, which stands proudly in the middle of the square, ranks 19 the on the list of the most beautiful monuments in the world. Krakow’s market square is the most popular place in the city, whether for tourists or locals, and it is also the largest medieval square in Europe. On-site, you will find several museums, many restaurants, and cafes that are stormed during the beautiful days, but also the wonderful Christmas market during the months of November and December. The 18th place in this ranking of the most beautiful monuments is attributed to the largest ancient site in the western world: the famous Acropolis of Athens. A true universal symbol of ancient Greece, the Acropolis proudly dominates the city of Athens from the top of the 156-meter hill and a solid wall surrounds the monument for over 3300 years! The most famous monument of the Acropolis is, of course, the Parthenon, a temple built in -400 BC in honor of the goddess Athena. To visit the Acropolis hill, it will cost you 12 € per adult, including the entrance to all the monuments of the site, including the ancient theater of Dionysus or the Propylaea. Let’s cross the Channel to discover the monument of 17th place, since it is the inevitable tower of Big Ben, in the British capital. A true emblem of London, Big Ben is actually the nickname of the clock tower bell of the Palace of Westminster, the British parliament. As you absolutely must make a photo in front of this monument during your next trip to London, know that to get there, it’s easy: by metro, you have to get off at Westminster Station. At the risk of disappointing you, it is impossible for tourists to enter the monument, you must reside in the United Kingdom to have this privilege. A masterpiece of Gothic architecture, the Notre-Dame de Paris cathedral is a true emblem of French heritage and has been the pride of Paris for more than 850 years. Located on the island of the city, in the 4th arrondissement of Paris, it was the scene of many French historical events such as the coronation of Napoleon Bonaparte, the coronation of King Henry VI of England or the marriage of Henry IV . If you are visiting Paris and you want to visit this monument, you can enter the cathedral from 09:30 to 18h and it’s free.