Most Beautiful areas in Pakistan for Visit 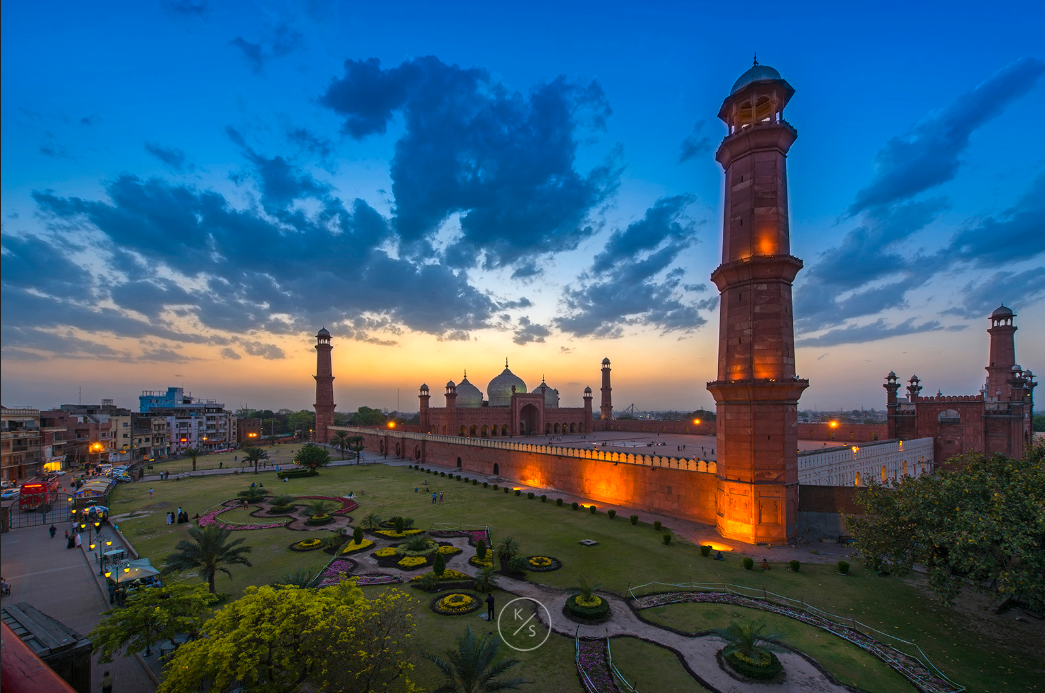 Most Beautiful areas in Pakistan for Visit

Here is the list below of Most Beautiful areas in Pakistan for Visit. These cities are really amazing and if you come pakistan you must visit these places. Such a nice and beautiful places in pakistan. The largest city in the country is a buzzing shopping center where hi-tech electronics stores mingle with bazaars and old, tired buildings sit next to luxurious new hotels. Very extensive, Karachi is difficult to visit on foot and the borrowing of a taxi or a rickshaw is quickly essential.

The Quaid-i-Azam Mausoleum, which houses the remains of Ali Jinnah, founder of Pakistan, is a good place to start. More impressive, the large white marble mosque Masjid-i-Tuba has an impressive dome. Just above the mosque, the Honeymoon Lodge is where Aga Khan was born.

Other places to visit include the Holy Trinity Cathedral and St Andrew’s Church (two fine examples of Anglo-Indian architecture), the zoo and the Zoroastrian Towers of Silence, where the dead are traditionally offered to the vultures. South of the city, Clifton is a former British resort, now popular with wealthy Pakistanis. Though popular, Clifton Beach Beach is quite unattractive. That of Manora Island is less crowded. The capital of Punjab is considered the cultural and artistic center of the country. Lahore is the most visited city in Pakistan and one can easily understand why by discovering its shady parks and gardens, its mix of Mughal and colonial architecture or the exotic charm of its lively streets and bustling bazaars. Notable tours include: The Mall, a very British-style neighborhood; the Lahore Museum, arguably the largest and most interesting museum in the country; Kim’s Gun, the canon immortalized by Rudyard Kipling in his classic Kim; the Aitchison College, superb building where once studied Imran Khan; the Fortwith its sumptuous palaces and gardens; and, finally, the narrow streets of the old town where rickshaws, hawkers and veiled women rub shoulders. Lahore also has an impressive number of tombs, mosques and mausoleums.

Located 250 km south of Islamabad, Lahore is served by a plethora of both foreign and local transport companies. Long trips abroad can be made in comfortable and air-conditioned buses but there are also many minibuses on the spot for shorter journeys. As for the railways, Lahore is on the main line between Karachi and Peshawar and direct trains run regularly to the main cities. Punjab is the most fertile province of the country but also the one with the richest past. It is also one of the most stable regions in the country and the visitor is unlikely to encounter the same problems as in the south or the north of the country.

A thriving and hospitable city, Bahawalpur is a good entry point to visit the region. From there, it is possible to visit Cholistan, a wind-swept sand desert populated by nomadic tribes or the important nature reserve of Lal Suhanra National Park. Further north, Harappa is, in order of importance, the second site after Mohenjo Daro of the civilization of the Indus Valley.

The administrative capital of the country, Islamabad forms with Rawalpindi the same geographical unit. Rawalpindi looks like a patchwork of animated bazaars while Islamabad is more discreet, more urban, and still seems under construction (the building of the capital did not begin until 1961). From Islamabad, it is possible to visit the archaeological deposit of Taxila and Hasan Abdul, a major pilgrimage site.

Bahawalpur is the southernmost city in Punjab. Daily flights depart from Islamabad within a radius of 555 km and bus, minibus and train connections are provided to most cities in Punjab. The capital of Baluchistan is undoubtedly the only true city of this province not very fertile and parched. If ancient monuments are not legion, there is nevertheless a population of the richest and varied, wide boulevards lined with trees and beautiful examples of colonial architecture. However, it is undoubtedly the mountain scenery surrounding the city on all sides that commands the most admiration. In addition, unlike Karachi, all the interesting sites can be easily visited on foot in one day. Do not miss the impressive archeological museum of Baluchistan, the fort and the many colorful bazaars of the city, where you can buy marble, onyx or carpets (some of the most beautiful in Pakistan).

Just outside Quetta are Lake Hanna and its postcard landscape, the many picnic areas in the Urak Valley and the protected area of Hazarganji Chiltan National Park. Also nearby, Ziarat is a great place to take a break or start a hike in the mountains.

Located a short distance from other major cities and about 1,000 km from Islamabad, Quetta is in what is known as a secluded area. Yet the geographical obstacles are not so worrying as the prevailing mentality in this isolated province (general anarchy, intertribal friction, firearms rule). Tourists are theoretically allowed to travel throughout the country but, in practice, local authorities will be unable to ensure your safety. The safest way to get to Quetta is to use an airline. Otherwise, there is still the solution of air-conditioned buses for long journeys and minibuses for shorter journeys. The main attraction of the disputed territory of Kashmir is undoubtedly its natural beauty. Unfortunately, the most beautiful landscapes are on the other side of the 16 km safety zone. In addition, the October 2005 earthquake caused significant damage in the Pakistani part of Kashmir. Visitor-friendly places include the Neelum Valley, famous for fishing and walking, the Jhelum Valley, a hill station popular for hiking, and the forested mountains to the south. The political situation in this region is very unstable, it is possible that these sites are still prohibited to visitors during your trip.

Daily flights from Islamabad to Muzaffarabad and Rawalakot. It is also possible to connect Rawalakot by bus or truck from Rawalpindi. Other more direct routes are out of access for visitors. Impenetrable mountains and cities of raw charm: The North West Frontier Province is arguably the most confusing destination in Pakistan.

Most tours start in Peshawar, capital of the province. The old town is especially noticeable where merchants sometimes do not hesitate to fight to sell all kinds of goods (tribal jewels with leather revolver cases) and where horse-drawn carts make their way through the middle. Pashtuns, Afghans and Chitralis with a sinister air. Near Peshawar, the smugglers’ bazaar does not resemble what the visitor expected: the tents of the turbaned merchants were replaced by western stores where are stored televisions, refrigerators and video clips. There is even a shop selling Marks & Spencer products. The legendary Khyberg Pass, with its tiny armed forts, is not far away.

North of Peshawar is the Swat Valley, reputed to offer the region’s most beautiful scenery, as well as Chitral , an area still relatively unexplored by lush valleys teeming with hot springs. To the west, the Indus Koshitanalso offers beautiful hikes but its huge peaks and deep canyons are not recommended for people suffering from vertigo.

Domestic flights connect Peshawar to many Pakistani destinations. There are also direct flights to Qatar, Tashkent, Abu Dhabi, Dubai and Jeddah. Several daily buses and minibuses also provide connections to Lahore and Rawalpindi, but the train offers a safer alternative for a similar price. Peshawar is located 150 km west of Islamabad. The northern territories receive few visitors but the brave few who venture there usually land in Gilgit , the capital. With the exception of the bazaar, invaded by the merchants of Central Asia, the city has no other interest than that of being an excellent base for hiking in the mountains, trout fishing or exploring the historical remains of the region. Once a wild and unexplored territory, the Balistan is now popular with mountaineers and hikers. Near the Chinese border, the region of Humza , Nagar and Gojal is equally sumptuous but more accessible.

It is possible to travel to Gilgit by air. But the operation is not easy! In fact, all you need is a few conditions: favorable weather, no previously canceled flights, no waiting list and a little luck. Of course, trips by bus, minibus or jeep are easier to organize but they do not offer this magnificent aerial view that we have from the plane. Gilgit is located about 330 km from Islamabad. Very little visited, the city of Multan, in the south of Punjab, would be, with some 4000 years of existence, the oldest city of all the Indian sub-continent. An important old Muslim center, the city has since attracted many holy men and mystics of all kinds whose graves and tombs fill the city. Multan also has a fort that offers great views of the city as well as one of Pakistan’s best bazaars. Gourmet travelers will especially try the potion of lizards which, they say, is an excellent invigorator.

Multan is located 570 km south of Islamabad. Buses and minibuses serve the city from many points such as Karachi, Lahore, Rawalpindi, Faisalabad or Hyderabad. The bus station where the passengers get off is rather chaotic. Trains (which allow you to travel more comfortably) run between Lahore, Karachi and Rawalpindi. The valley south of Chitral is home to one of the only non-Muslim tribes in Pakistan. The last survivors of the animist tribes who once occupied the region, the Kalashis live in houses built of hard wood, stone and mud, and peacefully lead their lives as shepherds without seeming to care too much about the curiosity they generate in their home. Western observers.

The plane is the only way to get to Chitral (weather permitting), unless you take one of the two mountain passes. It should be noted, however, that the passes are closed in winter and that the road from Islamabad is rather long (393 km). Once in Chitral, it is possible to reach the Kailash territory by jeep or by taking the bus on half of the way and finishing on foot. Located in the southernmost part of the northern territories, the Nanga Parbat (“naked mountains” in cashmere language) has a face of 4,500 m, so steep that even the snow refuses to cling to it (climbers leave their life each year). In addition, it is a challenging hiking trail.

For the Nanga Parbat, you must first go to Gilgit (see Northern Territories) and then take a bus or jeep to Astor. You can then go by jeep to the small villages located in the area, but you will have to finish the walk.