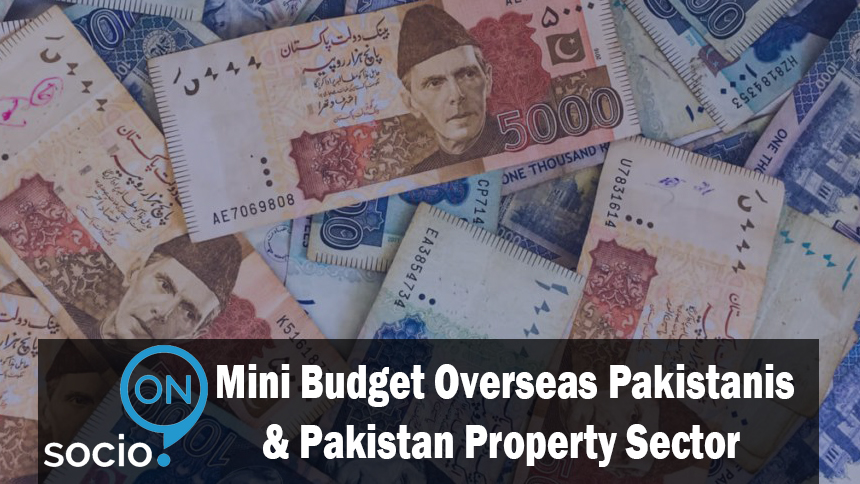 National Assembly passed the amendments to the Supplementary Finance (Amendment) Bill 2018 on October 3, 2018. Proposed on September 19, 2018, the biggest highlight of the budget was the proposal for lifting ban on non-filers looking to buy property more expensive than PKR 5 million. This, of course, invited criticism. The main objection raised was that a lot of effort was put in the annual budget 2018-19 to increase the number of tax filers by penalizing the non-filers, while the mini-budget attempted to reverse it.

During the speech delivered while presenting the mini budget in the National Assembly for approval, Finance Minister Asad Umar announced that the relaxation is only for overseas Pakistanis. So now, only non-resident non-filers can buy luxury cars and property more expensive than PKR 5 million.

The ban on buying luxury cars and properties on non-filers of income tax returns stationed in Pakistan remains intact.

According to certain estimates, the size of Pakistan’s real estate sector is PKR 7 trillion and much of it has remained undocumented for all that while. Bringing the sector into the tax net by imposing new taxes and increasing the ratio of existing dues was thought to increase the revenue for the national exchequer.

This has rather remained to be a challenging task, as instead of agreeing to pay taxes under the new tax regime, buyers and investors chose to not channel their investments into the property sector.

The effects of such major changes in the tax structure suggest that a more comprehensive and thoroughly-planned approach is needed where potential tax payers are gradually introduced to the related reforms.

The government’s decision to accommodate overseas property buyers indicates that similar loopholes in the tax regime that have made the tax revenue drop instead of going up will be removed. Some believe that a flat tax ratio will do the job.

Conditions under which overseas Pakistanis will be taxed

Non-resident Pakistanis who purchase property and cars for business purposes will also be brought into the tax net eventually, according to Special Assistant to Prime Minister of Pakistan on Media. Income earned overseas is exempted from all taxes in Pakistan and the government is looking to keep it that way.

The non-resident Pakistanis looking to invest in Pakistan real estate sector can do so by filing their annual income tax returns. In this regard, the online tax filing system of Federal Board of Revenue has a section reserved for them where they can enter their income and tax applicable on it as nil and become tax filers. For buying and selling property as a means of income, the National Identity Card for Overseas Pakistanis (NICOP) holders can simply share details on these assets with the FBR and start their business.

With one part of the changes introduced in the budget 2018-19 addressed, the stakeholders now expect that the focus will soon shift to clearing other matters. These include clarity on confusion regarding registration of property value on the sale deed. The mentioned price is to be used for the purpose of collection of withholding tax. This has left property buyers and sellers confused because the related law allows FBR to buy the property at rates higher by certain percentage then the amount stated in the documents.

Not to mention that a lot of efforts were previously put to determine fair market value of property, also known as the FBR valuation tables for calculated taxes collected at the federal level. For provincial taxes, the old rule was followed where taxes were paid according to the property’s DC rate. So clearly, the market needs a simple and easy to understand the taxation system where buyers and sellers understand how much tax they pay under which head.

If you have feedback on the article or any observation to share with fellow readers, use the comment section below. We are also available to answer any queries you might have.