LDA Chief Engineer Israr Saeed is a graduate Engineer from University of Engineering & Technology (UET), Lahore. He joined LDA in the year 1990, as Assistant Director Engineering. He is an energetic engineer of exceptionally high I.Q and intellect. Right from entry into the service, he remained associated with the projects of extra importance and successfully achieved the assigned targets.

He believes working in a team and has all the abilities to lead his subordinates by keeping in view their capabilities and level of understanding.

As Project Director-II MBS, TEPA, he was entrusted the most difficult packages IIb/2, III, IV & V of Metro Bus Project (about 11 KM long).

He was responsible for completion of 7.5 KM long structurally complex elevated portion, having two rotaries at Jain Mander & M.A.O College.

Besides this, extensive land acquisition, structural compensation, shifting/relocation of services, was also part of his responsibilities, for which intense coordination/liaison with various departments including LESCO was involved.

He is entrusted with the execution of Lahore Orange Line Metro Train project which is first of its kind in Pakistan.

It is a fast-track project and first metro train system to be constructed in Pakistan. The total length of the project is 27.1 km, out of which 1.7 km is underground via cut & cover technique and remaining LDA is elevated. It has 26 stations.

He also has the honor of representing Pakistan in 40th and 41st session of World Heritage Committee, UNESCO held at Istanbul, Turkey, and Krakow, Poland respectively to successfully defend the construction of Orange Line project near world heritage site, Shalamar Gardens. 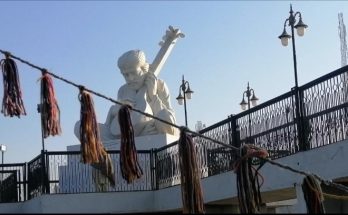