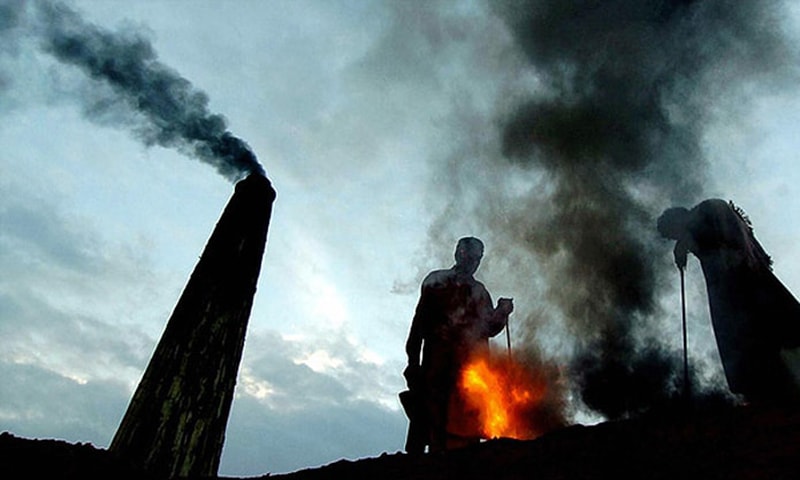 Lahore, My city, my happiness and my Lifeline deteriorating ever next day with more polluted air & contaminated water and my heartbeat engulfed in heap of waste plastic bags. A Sad reality of Lahore.

Lahore is the second most populous city of Pakistan after Karachi with an approximate population of 11 Million. Lahore is the place of art, culture, and history which hold different eras in his heart of Hindu, Buddhist, Greek, Mughal, Afghan, Sikh and British rulers but it became more famous as capital city during the prosperous Muslim Mughal Empire and most of the monument were built in Lahore than other parts of sub-continent. Lahore has always been famous for its festivals, traditional local Food, heritage, and culture.  It has rich historical and religious architectural structures. Lahore sees rapid development of infrastructure and educational system during the British empires which is not only limited to Museum, College, Universities and Railway stations but also local government buildings. Today Lahore is considered safe for investment than any other city of Pakistan due to its safety, friendly welcoming culture, and abundance of resources and manpower.

If we count about the problem of my city then I would be short of pages but most common issues are Rapid urbanization, unplanned development, untreated waste water, food adulteration, lack of public amenities playground, unsustainable development, Traffic havoc, waste dumping, overpumping of groundwater, air & noise pollution and mismanagement of resources.  The city of garden continues to grow horizontally rather growing upwards as most of the developed cities of the world are growing. Environmental protection and sustainability is not our priority list. We lack the vision to prosper and grow, hence exploiting our own resources from our own hands. In the race of life, we forget the importance and root values of the city of gardens which is famous for its art, culture, and history.

Even having all available resources, manpower, finance, technology, and expertise we are still unable to develop a roadmap for our city. The most citizen of Lahore does not have access to clean drinking water, recreational activities, basic civic amenities, health services, efficient public transport, a healthy environment, and clean air to breathe. Other important issues such as continuous deteriorating heritage and historical structures, improper town planning, untreated sewerage and wastewater, air pollution, encroachment, poor infrastructure, uncontrolled traffic, noise pollution and illegal parking on roads.  I do not know who to blame for this poor planning in our city, local government not interested to control or they want us to get used to it. LAHORE DEVELOPMENT AUTHORITY’S website states that it plans on making Lahore “one of the thirty leading educational, cultural, commercial, industrial, and information technology centers of the world by 2020”.

Daily thousands of people are coming to Lahore for studies, jobs, and business but we have closed our eyes from the sustainable management of its resources and capacity such as around 300 Million cubic meter of wastewater generated daily by Lahore according to a report of World bank, same used and untreated water goes down the drain without any treatment out of which 70 percent of it is produced by urban and suburban area. Wastewater of Lahore is not even treated, hence all the water is drained into the sewerage line or irrigation canals and nearby water channels which further ends up in Ravi River and later used for agriculture. This water does not only contaminates the crops and become the part of the food chain but also pollutes the groundwater reserves same contaminated water is coming back into our food cycle. Some of these industrial wastewater is not just poisonous but also rich in heavy metals which is the leading cause of cancer and other diseases.

Problem is that there is no control on the sustainable growth of the city. Of course, people want a house to live but the place which was supposed to provide the fresh air to our public has been used to serve other purposes. Every single road of Lahore after its development has to undergo segmental surgical excavation and treatment by the Sui-Gas, WASA, PTCL or other lines. Not a single road in Lahore is free from such patches due to improper planning and lack of sharing information among the departments. Small and medium Housing societies are germinating like a mushroom from every part of Lahore either being approved by the Lahore development authority. Everyone just look for a piece of Land in Lahore and within days a society came into being with plots being sold to masses regardless of the purpose it was for.

LDA Goal and targets are sustainable development, quality housing, rehabilitation of slums, promote environmental friendly activity by providing potable drinking water, sanitation & drainage, wastewater treatment plant, rain water harvesting with water conservation, urban forestry plantation and integrated traffic management. These all goals and targets are beautifully crafted and drawn without specific international guidelines of each goal, their roadmap, policy, time frame and monitoring of our resources. As no one knows when they will start and when they will finish because it has been stated but will never start. Don’t take me wrong because LDA current, ongoing and future projects only talk about widening, improvement, construction and remodeling of roads, underpass, junctions, access roads, and ring roads.  One can clearly understand the importance of their ideology and future planning through which they would make Lahore clean, green and sustainable, with roads and rings roads only?

As per the statistics if we keep using water with this pace Lahore will have a shortage of water in the next 20 years. Annual average rain fall in Lahore is 600mm but we don’t have developed any plan to collect and use the rain water. Municipal waste is efficiently collected across Lahore by LWMC and Al Barrak but its disposal and treatment process still need to be redefined. Daily Millions of gallon of waste water is discharged into the River Ravi without any treatment.  Water scarcity in the country is at the peak and we waste 530 Million Liters of Fresh & Clean water to just wash the roads of Lahore in last eight years when it could be washed from treated water but unfortunately, in the last 70 years, we could not install a single wastewater treatment plant in Lahore. Recycling of water is never talked about in our country and the same treated water can be used for irrigation, washing of roads, cars, building, and manufacturing units. Air pollution is still a myth and no one is ready to understand its impact.

The government should make an Environmental Policy for the City of Lahore with rapid restoration of Changa manga forest along with new forest cover for the city of Lahore in the next 5 years as per Billion Tree Tsunami plan. Forest act as a barrier against a different kind of pollution and clean the air and enrich the soil. Treatment plant must be installed for all the wastewater of Lahore and no disposal of water into Ravi without treatment. Allocate new spaces for parks and playing ground areas for each society in its surrounding and encourage our students to take part with minimal charges. It will bring the change not only in our society but also it will help our city to have a fresh and clean healthy life. We can manage our resources more effectively and efficiently with its management. Make a boundary wall for the city of Lahore and a radius shall be marked with a policy that no housing society can be planned or developed in the surrounding to control the load on our limited resources. More residential high rise mixed-used development shall be built outside Lahore buffer zone and should be connected with major cities. Fast track trains shall be started for the Residents of shikhupura Kasur, Gujranwala, Mureedkay, and Sialkot so the traffic load on roads can be controlled. It will also improve the air quality of the city but further enhance traffic management.

The writer is not against the development and prosperity but his approach is sustainable development of our city but not at the cost of damaging our environment.