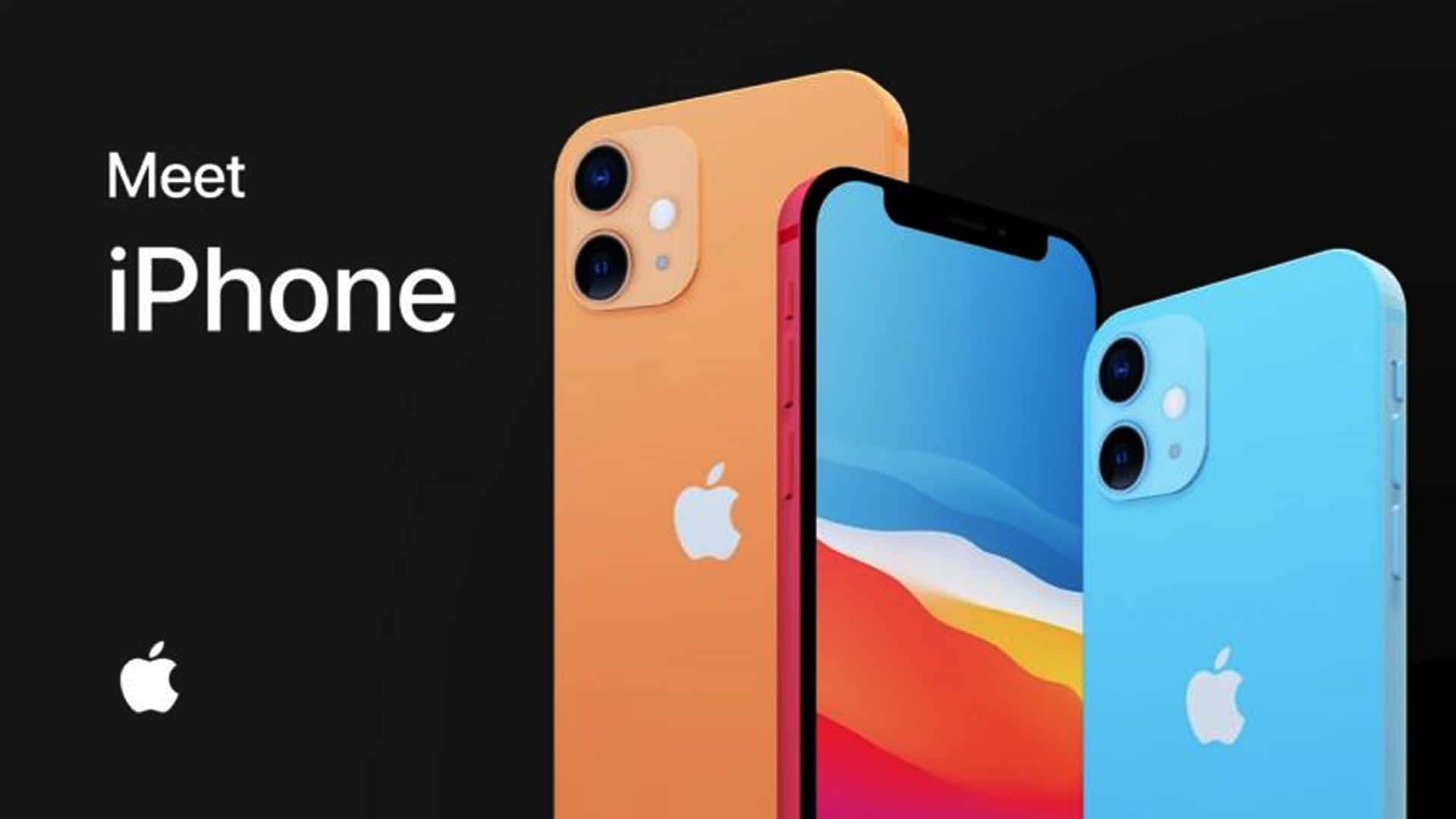 Will the iPhone 12 finally be the model of great advances? If the data sheet is getting better over the years, the design has not changed much since the iPhone X. Many users are hoping for a real change. Will they finally be served?

Impossible to answer the question in absolute terms. Apple has yet to deliver any information on its future iPhone 12 . But regardless, as usual, the leaks have replaced official voices to build the robot profile of the smartphone. This year, Apple will launch 4 different iPhone 12 and all in 5G version. This is already one of the main evolutions of future models. With more than a year behind the Android competition, the first 5G iPhones are coming this year.

Design of the iPhone 12: 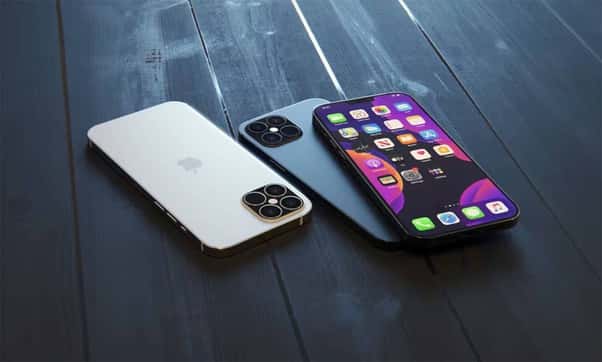 Most Apple users have probably already become accustomed to the notch through addiction, but there is a real demand for development in this area. Has Apple finally found a way to get rid of the notch ? While the leaks speak of an innovative system for moving Face ID sensors into a miniature periscope module, the technology – if it’s really in development – is unlikely to pay off anytime soon.

We will therefore find the same notch of the latest iPhone , but it is rumored that it would be small on the iPhone 12 . It would already be taken. As for the back of the smartphone, we should find the new square container of photo sensors introduced since with the iPhone 11, 11 Pro and 11 Pro Max .

Iphone 12: A More Compact Version In The Boxes

There are still many nostalgic for this time when the iPhone was only 4 inches diagonally. Because not everyone is necessarily comfortable with giant smartphones like mammoths, Apple increasingly honors more compact models. Thus, after the iPhone SE 2020 , the Cupertino company would launch this year an iPhone 12 smaller than usual . 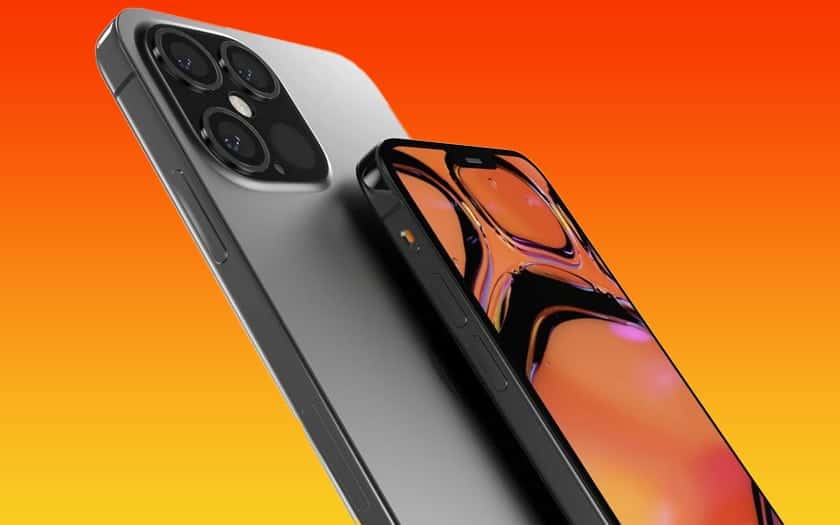 Its size is 5.4 inches . As pointed out above, Apple will launch 4 variants of the iPhone 12 which are more specifically as follows:

Iphone 12: Oled And 5g For Everyone

It has been several months since a report by famous analyst Ming Chi-Kuo hinted that all iPhones of 2020 will go OLED. The basic version usually remained on a simple LCD as was the case last year and 2018 with the iPhone 11 and iPhone XR respectively . 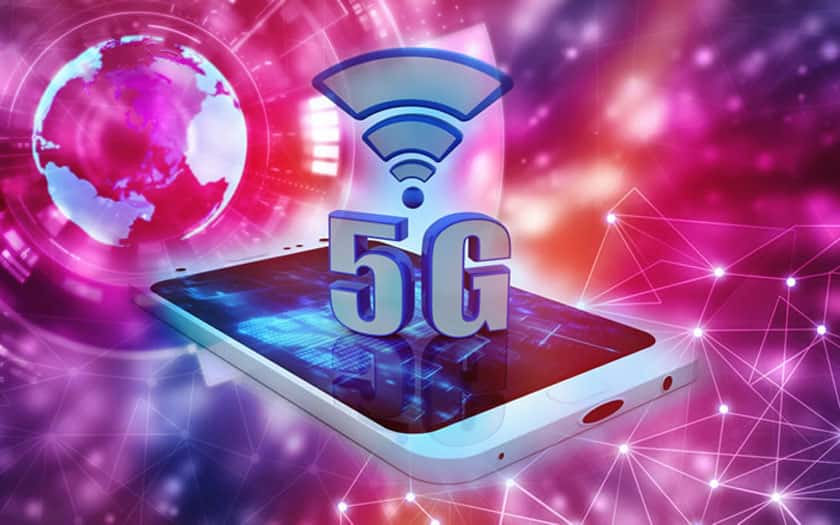 This year we will therefore be entitled to an OLED panel on the 4 variants announced . Apple will also catch up with the competition in terms of refresh rate. The iPhone 12 will indeed have a 120 Hz screen , as confirmed by the grip of a leaked prototype.

All iPhones of 2020 will also have 5G. Slowed down by Intel’s difficulties in producing a 5G modem on time, Apple was forced to strike a deal with Qualcomm after months of fighting between the two companies . Qualcomm will therefore provide the 5G chips for the iPhone 12 and they would all be entitled to compatibility with the new network.

The iPhone 12 will not be the model that signals the transition to USB-C . The rumor has been going around for a long time and every year, it’s always the same outcome. Ditto in 2020 since we remain on a Lightning port for all models of this year . Apple is therefore keen on its proprietary connector, regardless of pressure from the EU, which pushes manufacturers to adopt a standard format to facilitate the use of universal chargers. According to rumors that appeared a few weeks ago, the iPhone 12 would be the last to ship a Lighting port .

No Charger Or Headphones In The Box?

It is a rumor which at first seems crazy, but which comes back with insistence. We first learned that the smartphone would be delivered without EarPods , the wired headphones that come with iPhones every year. It would be a first for Apple and it is quite surprising. The firm would even be ready to go further. Last I heard, there would be no headphones or chargers in the iPhone 12 box . What argument would support this radical choice?

Two reasons are advanced. Apple would support this decision with ecological goodwill. Indeed, iPhone users mostly own models released in previous years and given that Apple ships them with the same accessories, it would have decided to remove the headphones and charger from the box to allow those who wish to purchase them separately.

The firm considers that most buyers already have a pair of wired headphones, or even AirPods, but also a charger. This choice would make it possible at the same time to limit the increase in the price of the iPhone 12 or even to keep the same prices as last year. Note, however, that in Europe, binding regulations should force Apple to include the accessories concerned in the box.

Last year, the iPhone 11 finally got an 18W fast charger. But you had to buy it separately (60 €) to be entitled to the fast recharge. What almost admit that removing the charger from the box would be a lesser evil since it would be almost the same as the current situation. This year, Apple would not offer an 18W charger, but a faster 20W charger .

And since we are talking about the battery, Apple would have died to offer a cheaper version on the iPhone 12 . According to analyst Ming-Chi Kuo, the high cost of 5G would force the firm to negotiate a lower price for the other components. The battery would thus cost 50% less than that of the iPhone 11 thanks to a simpler and smaller design with fewer layers. However, these changes should not have any noticeable impact on the user experience.

Each year, Apple pushes the performance limit of its chips a little further. We will soon move to SoC A14 . While all current high-end processors from the competition are at 7nm engraving, the Cupertino company will go even further by switching to 5nm via TSMC’s FinFET EUV process, which will improve both performance and the energy efficiency of the chip compared to the A13.

According to information revealed by the leaker @komiya_kj on Twitter, the SoC of the iPhone 12 would be 40% more efficient than its predecessor and up to 50% for the GPU part. The processor would be ” as efficient as a low-consumption 6-core Intel CPU “, according to our colleagues at  WWFtech.  Finally, Apple would integrate more than 4 GB of RAM for the first time in an iPhone. We are talking about a RAM of 6 GB for the iPhone 12 Pro and 12 Pro Max against 4 GB for the standard models.

What About The Photo Part? 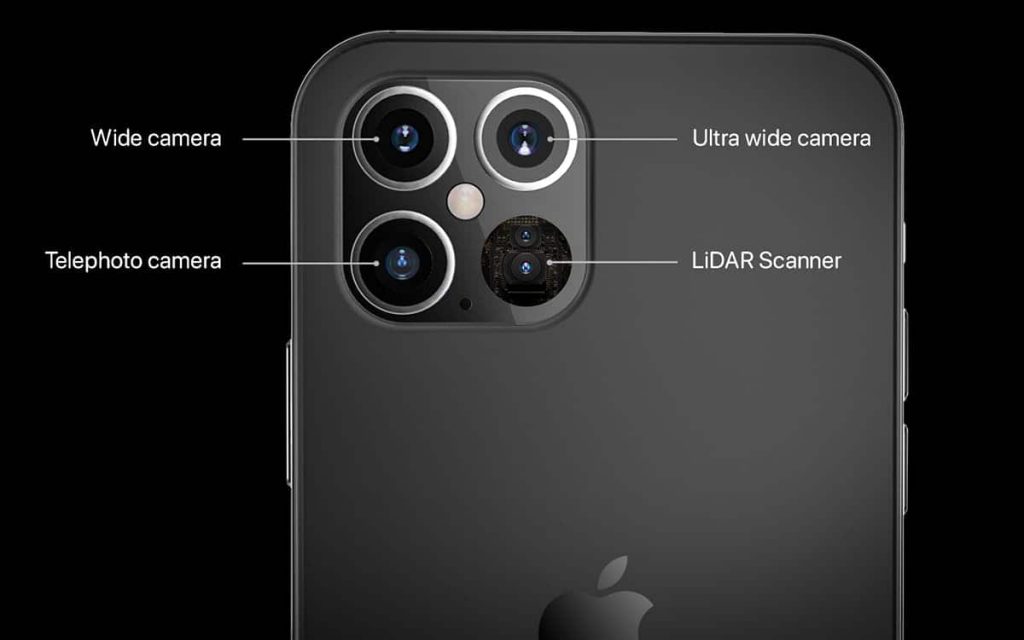 This is one of the most important criteria nowadays when choosing a smartphone. Apple would take a further step this year by integrating for the first time a ToF (Time of Light) module dedicated to depth of field. Previous iPhones already had a depth sensor, but only on the front for Face ID functionality.

The ToF module would be reserved only for iPhone 12 Pro and could bear the name Scaner LiDar as on the last iPad Pro. For the rest, the iPhone 12 and 12 Max would have two photo sensors on the back. The Pro versions would have 3 in addition to the ToF module, or 4 sensors wholesale.

Apple is obviously relying on the same main 12 MP module, but it would be larger. Here is a summary of the technical sheet of the iPhone 12 according to the temporary data we have. 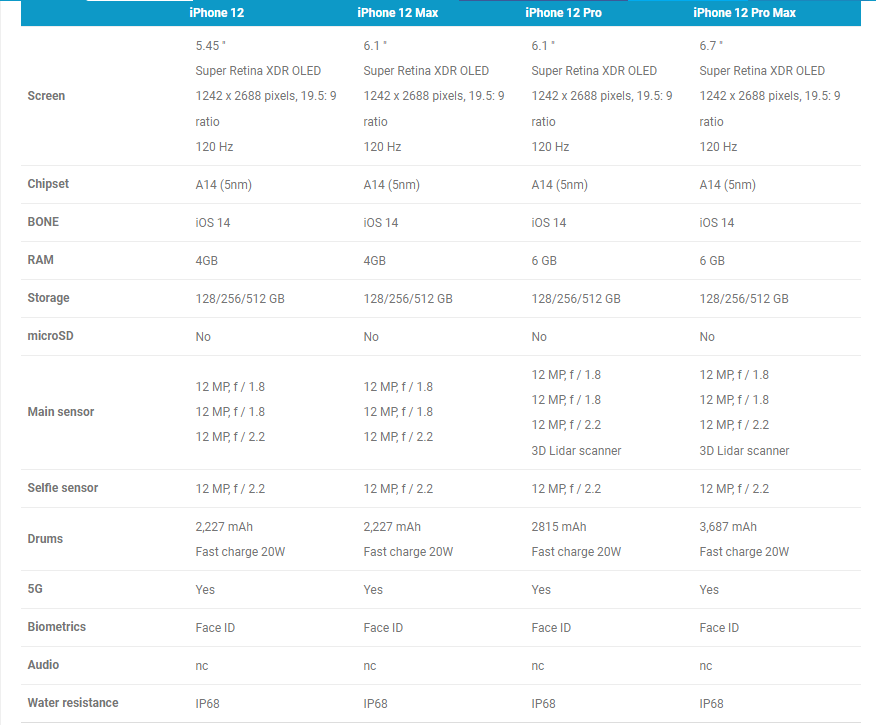 Each year, Apple holds its Fall Keynote in September. This year, the firm will be no exception to the rule. We know the date of the keynote . Apple has announced that it will be held on September 15, 2020 . We will of course discover the future iPhone 12, but they will not be available until later . Luca  Maestri, Apple’s CFO recently said in a financial report that the next iPhones will launch a few weeks late . 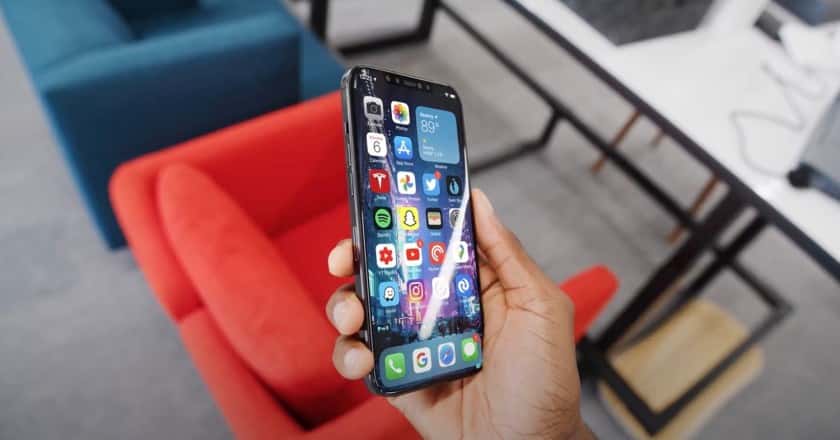 “ This year, we expect that the offer will be available a few weeks later,” he said, without giving more details. But rumors point to a launch in mid-October. The iPhone 12 will therefore arrive about a month late. It would not be a first knowing that in 2017, the iPhone X was launched in November after a presentation almost two months earlier.

What Price For The Future Iphone 12?

5G requires, the iPhone 12 should cost more this year , despite the possible removal of the charger and EarPods from the box. The latest reports speak of an increase of around 50 $ / € , even up to 100 $ / € for the Pro versions. As a reminder, the iPhone 11 was launched at the starting price of 809 €. The iPhone 11 Pro and iPhone 11 Pro Max cost respectively 1,159 € and 1,259 € in their basic version, which is the same price as the XS Pro and XS Pro Max. Here is the full detail of the prices in dollars as announced by the latest leaks. 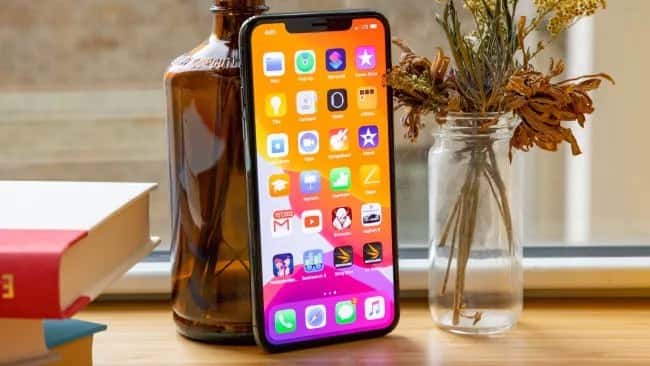 For the new base iPhone 12, the starting price remains the same as the iPhone 11, which is $ 699. This price should be 809 € in France if this price is confirmed. When we go upmarket, the iPhone 12 Pro are announced a little more expensive than their equivalent from last year.

Gwadar CPEC will give you all the inside news of the development Gwadar, CPEC and the "One Belt One Road - OBOR" Initiative of...
Read more
Technology for Human Development

Gwadar CPEC will give you all the inside news of the development Gwadar, CPEC and the "One Belt One Road - OBOR" Initiative of...
Read more
Technology for Human Development