Honor View 20 is a flagship killer 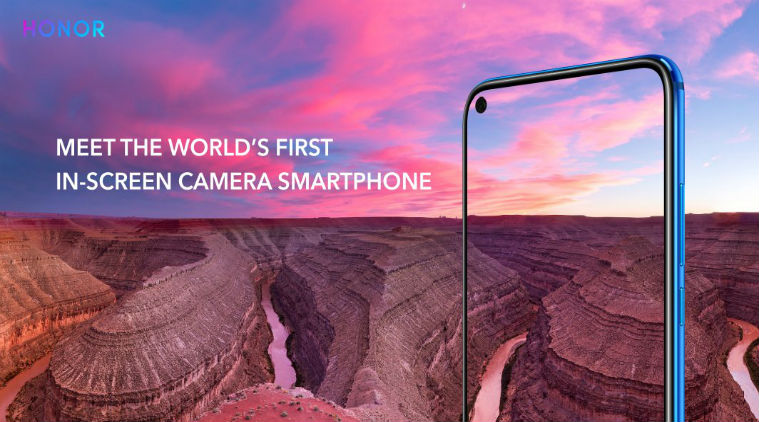 Huawei subsidiary Honor unveiled its new flagship View 20 on Tuesday. And in the presentation was not saved with new superlatives. The well-known for their cheap top smartphones China brand wants to grab the new model so the stars. Or rather the current top models of the competition show the taillights.

The full attack is to succeed above all with three innovative technologies 48-megapixel main camera full-screen display and “Link Turbo”. Following the “GPU Turbo” presented this year Honor is once again delivering new highlights.

While Mother Huawei cooperates with Leica on their cameras Honor has brought a Japanese company on board. Specifically, the 48-megapixel rear camera relies on a Sony IMX586 sensor. Normally, the megapixel number does not say too much about the quality of the recordings. Apple limits itself here for years to 12 MP and trumps in comparison tests however always large.

According to Honor, the new View 20 offers the world’s first smartphone camera to capture real HD photos at 48 megapixels. So should be able to create great pictures with more details even in the magnification. Combined with AI computing power and the dual ISP and dual-core NPU of the Kirin 980 chipset.

It has already convinced us in testing the Mate 20 Pro, In addition, the camera technology automatically ensures multi-frame image processing. This allows users to merge different elements of multiple photos taken with the camera into a 48-megapixel HD image based on AI. How well the whole thing works in practice, of course, can only show tests.

In addition, the Chinese actually offer for the first time a real full-screen display (Full View). Here a completely new concept for front cameras is used which will also be on board with the upcoming Samsung Galaxy S10. The selfie cam is integrated directly behind the touchscreen. A small hole (4.5 mm diameter) allows the recordings.

With the View 20, the complex technology platform with 18 layers of “layers” is integrated into the front camera in the display area of the screen, which increases the area by about 100 percent. This will also retract the notch (notch at the top).

The third central novelty hides behind the term “Link Turbo”. Honor responds to the fact that smartphone users almost always want to be online. Link Turbo automatically analyzes user’s usage models and network conditions based on Artificial Intelligence and Big Data technologies. This, in turn, will ensure a seamless transition between Wi-Fi and 4G networks as well as extremely fast download speeds thanks to the simultaneous use of both networks.

According to Honor, you should surf faster with the View 20 than with any other smartphone in the world. Although this network combination already exists on other smartphones, Artificial Intelligence support is completely new.

Additional technical data such as display size, resolution, memory, internal memory etc. Honor has not betrayed yet. For too long we will not have to wait for these details. Because in China, the View 20 is already on 26 December 2018 sold. The worldwide market launch is announced for January 22, 2019. For the global launch, Paris even has its own presentation. By then we will know all the features and the price. Of course, we are especially excited about the latter. Honor normally offers its top models at a relatively (extremely) cheap price.