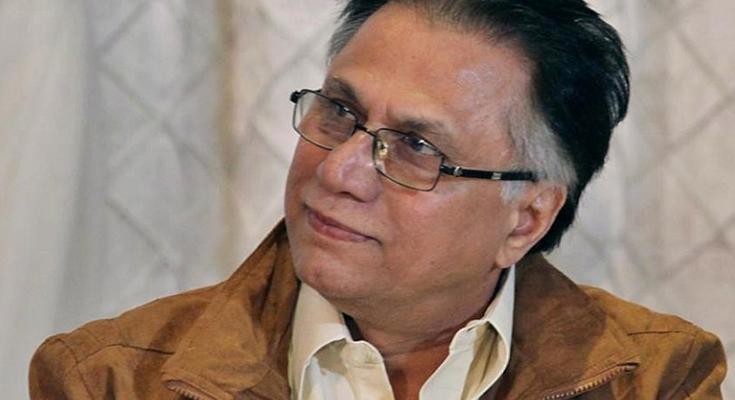 Hassan Nisar is a popular Pakistani columnist, journalist, and analyst. He has been linked with GEO TV and Jang Group. He has become a household name due to his regular appearances on talk shows.

Hassan Nisar is the best known for his column ‘Choraha’ which he writes for Jang Group. Hassan Nisar used to run his own talk show ‘Choraha’ on GEO TV.

Hassan also appeared on talk show Meray Mutabiq on GEO News for some time.Mr. Hassan quit working for Jan Group and GEO TV in August 2012 because of some differences with their management. Later, he joined DUNYA News and resumed his program with the new title ‘Meri Dunya’.

He worked for DUNYA News for at least 8 months and moved back to Jang Group in April 2013 after his differences were resolved with their management. He is well-known for his straightforwardness and firm stances.

He boldly addresses issues which are troubling Pakistan and Islam. Hassan Nisar has a huge fan following because of his innovative thoughts for bringing change in governance. Hassan Nisar is often criticized by conservative elements of the country due to his controversial talks on Islamic history.

Hassan Nisar was born on July 5, 1951, in Faisalabad Pakistan. His mother was from a rich background while his father’s family has an artistic foundation. Hassan Nisar has five sibling’s one brother and four sisters.

Hassan’s family sent him to Mian Channu to live and complete his study under his grandfather’s guardianship. Hassan Nisar stayed in Mian Channu all most for two years but had to move back to Faisalabad due to poor schooling conditions.

His father wanted him to become a CSP officer after completing his studies. Nevertheless, Hassan himself wanted to become a movie writer. He did not return home from the hostel because of differences with his father over his career. Hassan Nisar started his professional career in 1971 when Sarwar Sukhera offered him a job.

His first salary was 350 rupees per month. Hassan started off working with Dhanak Magazine. Hassan lived in main Gulberg market in a room of Dhanak office. Later on, Hassan worked for Magazine Zanjeer.

Hassan also started running a ‘Dahi Ballay and ‘Tikka Kabab’ business in model town, and his business was successful from which he earned a handsome amount each month. In addition to journalism, he also wrote poetry, movie songs and worked as an editor.

A movie produces bought his songs in a movie but used his own name as a poet. This made him sad and disappointed. Hassan Nisar also worked for newspapers Masawat and Khabrain and Sadaqat.

In past, he was a supporter of Zulfiqar Ali Bhutto. Hassan was imprisoned by Zia ul Haq regime for publishing material against the dictator. Like many other journalists, he faced many difficulties during Zia’s rule.

join a job in Saudi Arabia

Hassan left the country to join a job in Saudi Arabia which his friend Hafiz Khan had offered. His financial positions started getting better. Now Hassan was well able to construct a house in Model Town Lahore when he was only 31 years old. Currently, Hassan Nisar is a faithful supporter of Pakistan Tehrik-e-Insaf (PTI) led by Imran Khan. Even though he is not a member of PTI up till now but he has defended the party on many forums.

He’s married to scriptwriter and poet Saeeda Hashmi. They met with each other at Radio Pakistan Lahore. Hassan got three sons from his marriage, unfortunately, their marriage did not work out and they separated.

His 2nd marriage produced a daughter and two sons. Hassan’s sons from his first marriage stayed with Hassan for some time then they shifted to their mom.