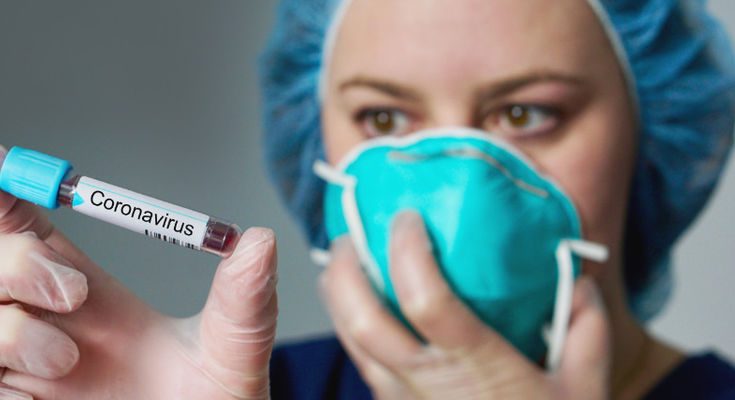 The outbreak of the novel coronavirus, COVID-19 has developed into a pandemic Lung disease Covid-19 affects people worldwide and the number of deaths is increasing.

What is the new corona virus?

This new virus has the official name SARS-CoV-2. The serious lung disease appeared for the first time with the now official name “Covid-19” in mid-December in the city of Wuhan (central China). It is one of several hundred different viruses that belong to the corona virus family. Many of these viruses are often only responsible for mild colds. Not much is known about the cause of the disease, except that the novel virus probably came from an animal in a market in Wuhan. It was then   transmitted to a human before the virus adapted to the new host and human-to-human transmission became possible.

What are the symptoms of Corona virus ?

The new lung disease Covid-19 mostly shows non-specific symptoms. Fever and dry cough are the most common complaints in three quarters of patients. Unclear fever alone can also occur with the disease. Headache and sore throat only occur sometimes. This also applies to symptoms such as fatigue, body aches and shortness of breath. Runny nose and a dripping nose are rare. Diarrhoea is also rare. If someone only has a cold or diarrhoea, infection with Covid-19 is more likely. Although people are often infected with the virus, they do not yet show any symptoms. The new Covid-19 viruses multiply in the throat  just like the flu viruses. The pathogen infects cells of the lower respiratory tract in particular and can thus cause pneumonia. Some infected with the pathogen only suffer from mild cold symptoms with chills and a sore throat. Fever does not always occur.

According to the WHO, around 80 percent of cases are mild. This is also observed by the Chinese health authority. However, about 14 percent of patients experience severe symptoms such as shortness of breath.

Covid-19 has a life threatening effect on almost five percent. The lung disease then leads to respiratory arrest, septic shock or multi organ failure. The WHO states that children are only rarely affected. However, about 14 percent of patients experience severe symptoms such as shortness of breath.

Covid-19 has a life threatening effect on almost five percent. The lung disease then leads to respiratory arrest, septic shock or multi organ failure. The WHO states that children are only rarely affected.

So far it is known that the Covid-19 virus is spread by droplet infection, for example when coughing or speaking. It is also suspected that the pathogen can also be detected in normal exhaled air. According to Chinese doctors, there is also suspicion that Covid-19 spreads through the digestive system. The doctors discovered the pathogen in stool samples after some patients had diarrhoea instead of the usual fever. A smear infection from the virus is also possible. It is also believed that Covid-19 can also be passed on by people who are themselves without symptoms.

How contagious is the corona virus?

The virus is easily transmitted and is likely to be passed on by people who do not suffer from symptoms themselves. The Robert Koch Institute states that the pathogen is significantly more infectious than originally thought. According to current knowledge, the incubation period is two to 14 days. China Daily reports an average incubation period of three days. In rare cases, there can be a period of up to 24 days between the infection and the appearance of the first symptoms. However, experts currently see no reason to extend the quarantine time of 14 days that has been customary to date.

How dangerous is the corona virus?

The new virus Covid-19 belongs to the same virus type as Sars, but according to virus researcher Christian Drosten (director of the institute for virologists at the Charité Berlin) it is a different variant. The number of current illnesses now far exceeds that of the Sars pandemic in 2002/2003. At that time, a total of 8,000 people suffering from the infection were recorded, of which around one in ten died. – The new Covid-19 which is also namely SARS-CoV-2 virus has so far affected 343,016 people worldwide, 15782 died of the virus consequences. According to the authorities, most deaths primarily affect older people with some serious previous illnesses.

How can you protect yourself from infection?

In order to be able to protect yourself as effectively as possible from an infection with the new type of lung disease called “Covid-19. You should know how it gets infected, the virus  CoV-19 gets from person to person transfer. On the way to a droplet infection, for example if you are coughed up or a smear infection when you touch contaminated objects with viruses, such as doorknobs or light switches, and then touch your mouth, nose or eyes.

How to protect yourself

Wash your hands with soap regularly and thoroughly, at least over a period of 20 seconds  because this is the only way to reduce the number of germs on your hands to a thousand or less. The additional use of a disinfectant is usually not necessary in a private environment.

This only makes sense if for example, a family member is ill or people with weakened defences live in the household with an increased risk of infection. However hand disinfection should be done when entering and leaving a hospital.
Avoid shaking hands. This is especially true in the case of illness.
Keep your distance from others. If someone is ill, the distance should be at least one to two meters.
Mouth and nose protection does not reduce the risk of infection for healthy people. The WHO points out that wearing a mask can also create a false sense of security and good hand hygiene is often neglected.

Follow the rules of conduct when coughing and sneezing